Tom Cruise is currently in negotiations to star opposite Denzel Washington in the David Cronenberg-directed adaptation of Robert Ludlum espionage thriller The Matarese Circle, which MGM – parent company of Cruise-owned UA – is on track to place into production sometime this year, according to Variety and THR. 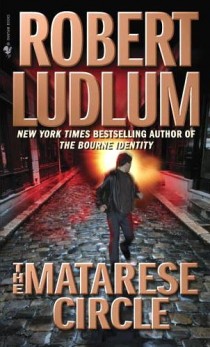 Cruise (as Talaniekov of the Soviet KGB) will duel with Washington (as Scofield of the American CIA) as two bitter enemy spies who, after spending two decades trying to kill one another, must utilize their brutal skills and ice-cold nerves to battle the Matarese, an international circle of killers at the root of a conspiracy. The script by Michael Brandt and Derek Haas (Wanted) contemporizes Ludlum’s original Cold War premise, which the author had originally drawn inspiration from David Rockefeller’s Trilateral Commission in the 1970s.

The deal is apparently coming together quickly, and the film is expected to be released sometime in 2010. Ludlum wrote a follow-up to novel in 1997 called The Matarese Countdown, but the studio does not have the rights to it.

Cruise is expected next to star with Charlize Theron in another espionage thriller titled The Tourist, which is a remake of the 2005 French thriller Anthony Zimmer, about a female Interpol agent who uses an American tourist in an attempt to flush out an elusive criminal with whom she once had an affair.

Washington will next be going mano-a-mano with another superstar – that being John Travolta – in the remake of the 1970’s heist thriller The Taking of Pelham 1-2-3, which is being directed by longtime collaborator Tony Scott, and is due in theaters on June 12, 2009. He’ll then take on the post-apocalyptic sci-fi thriller The Book of Eli, being directed by The Hughes Brothers (From Hell).