Here is a list of some of the products Hollywood will be trying to get you to go and see in 2006. Some of the films don’t have distributors yet, and some may not have casting.

Skibiscuit (2006)
Director Jon Amiel and producer David Foster have made a deal to turn the life of Olympic downhill skier Picabo Street into a feature. The pair are looking to land a writer and will then take the project to studios. Street will be involved in drafting her remarkable story for the screen.
ÊÊ

The Chronicles of Thomas Covenant (2006)
Revolves around a shunned author (Covenant) who is magically transported to the Land, a mystical world where he discovers he is the incarnation of a great hero. Covenant thinks it’s all a dream. But he’s the bearer of a magical talisman, and is enlisted to help save the Land from Saturn and his representatives.
ÊÊ

Suicide Squad (2006)
About an ex-con who scores a job at a suicide crisis hot line. Looking for respect and a healthy payday, he recruits a ragtag group of suicidal outcasts to help him knock over a horse track.

Dealbreaker (2006) Sony Pictures
In order to get out of touchy situations, a PR guy often makes deals with God – arrangements that he never makes good on. As he’s literally in over his head, however, he makes the ultimate bargain, and is forced to revisit all his previous deals.
ÊÊ

Cock & Bull (2006)
A woman trapped in an unhappy marriage to an alcoholic husband transforms into a man.
ÊÊ

Running With Scissors (2006) TriStar Pictures
An adult man looks back on his childhood with his bipolar and self-centered mother.
ÊÊ

No True Glory (2006)
The first feature film about the second Iraq War. Harrison Ford will play Jim Mattis, the General who led the US assault on Fallujah following the murder of four Americans.

The Heartbreak Kid (2006) DreamWorks Pictures
A newlywed man who believes he’s just gotten hitched to the perfect woman encounters another lady on his honeymoon.
ÊÊ

Bronze Gold (2006) Sony Pictures
Will Ferrell stars as a lifeguard who realizes his dream by securing a wildcard entry into a beach volleyball tournament.
ÊÊ

The Gift (2006)
a candid documentary of provoking players talking provoking game. There has been an aura around prolific mouth-pieces and this DVD captures some of today’s most provoking mouth-pieces spitting their game on topics such as Love, Money, The Crack Era, Loyalty, The Pimp Game, The Rap Game and more. The DVD features Andre Nickatina, Suga Free, Mac Dre, Brotha Lynch Hung, Mac Mall, Equipto, Goldee and a cast of other well-known rap artists. When it’s over, prepare to feel like you’ve sat through a class on life from the perspective of today’s most provoking stereotypes and learned a lesson.

The Only Child (2006) 20th Century Fox
Revolves around the coming-of-age experience of a 30-year-old man.

Manhattan Loverboy (2006)
Based on Arthur Nersesian’s novel Manhattan Loverboy. The book follows an orphan whose only known background is that of the city itself, a scaffold-covered grid sewn together with “Do Not Cross” tape.
ÊÊ 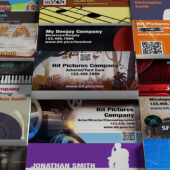