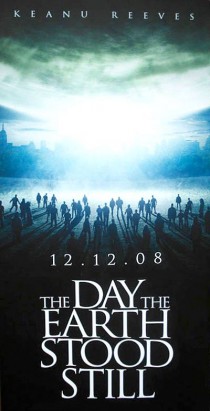 The very noir-looking trailer for The Day the Earth Stood Still has been put online. I watched this trailer before Hancock, and it looks spectacular. There was a silence in the audience after it finished and I got the feeling people were in a bit of awe.

CLICK HERE to read an MTV interview with the film’s director, where he reveals details about the plot and the movie’s relation to the 1951 original.

You can also watch a Flash version of the trailer below.

Film Fetish Trivia: Scott Derrickson, the director of The Day the Earth Stood Still, was the director behind the brilliant 2005 fact-based horror film The Exorcism of Emily Rose.