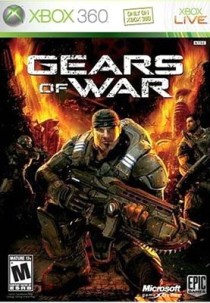 According to Variety, Len Wiseman is directing New Line Cinema’s Gears of War, based on the Microsoft and Epic Games’ hit console war fighter. Interesting to me that New Line got these rights, since the studio was recently merged with Warners’, but this deal was probably in development before that happening. In fact, I attended a preview screening of The Texas Chainsaw Massacre: The Beginning, in New York City, and the studio had a Gears of War game premiere right at the screening, after the film. It was pretty cool. My son was able to play Gears of War on a movie screen before any of his friends (ok, I was doing of the playing, but whatever).

A lot of people have written some pretty harsh things about Wiseman, but you know, I really enjoyed Underworld: Evolution and Die Hard 4. So there. I said it.

Gears of War is a great fighter, and could make for an amazing epic film. I hope he gets the budget to do this thing right. I assume that’s why he’s producing the next Underworld film. Can’t say I blame him. This is a huge project. It’s any fanboy’s dream to helm a film, based on a popular game or comic.

Gears of War blends tactical action with survival horror, with a harrowing tale of humankind’s epic battle for survival against the Locust Horde, a nightmarish race of creatures that surface from the bowels of the planet. In the game, a special forces unit led by main character Marcus Fenix, pits advanced human technology against the overwhelming beasts.

Chris Morgan, who wrote Wanted and FF:Tokyo Drift, is writing a new script for the future film. Wiseman and Morgan are also collaborating on the sci-fi action thriller Shell Game, which follows a detective investigating criminal activities involving immortality.

Both films are scheduled for release in 2009. Yeah…right!