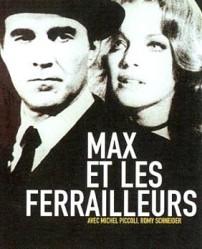 France’s StudioCanal and John Woo’s Lion Rock Productions are joining forces to push forward a remake of the 1970 French thriller Max et les Ferrailleurs, to be directed by Kim Jee-woon, whose film The Good the Bad the Weird just wrapped this year’s Cannes Film Fest. This is according to a story from Variety.

Ferrailleurs is about an aloof Paris detective who, frustrated by the many gangs of crooks he can’t catch, decides to persuade a group of petty thieves to hatch a bank robbery scheme, so he can catch them in the act.

The remake will be titled Max, and is set for release in 2009. It will be in English, and the producers are apparently trying to get as much star-power (possibly a U.S. star) behind the film as possible.

Film Fetish Trivia: StudioCanal is involved with the Neil Moritz-produced remake of Escape From New York, which Len Wiseman was originally attached to helm. Brett Ratner may now direct, with Scotsman Gerard Butler possibly as a Euro-Snake Plissken.