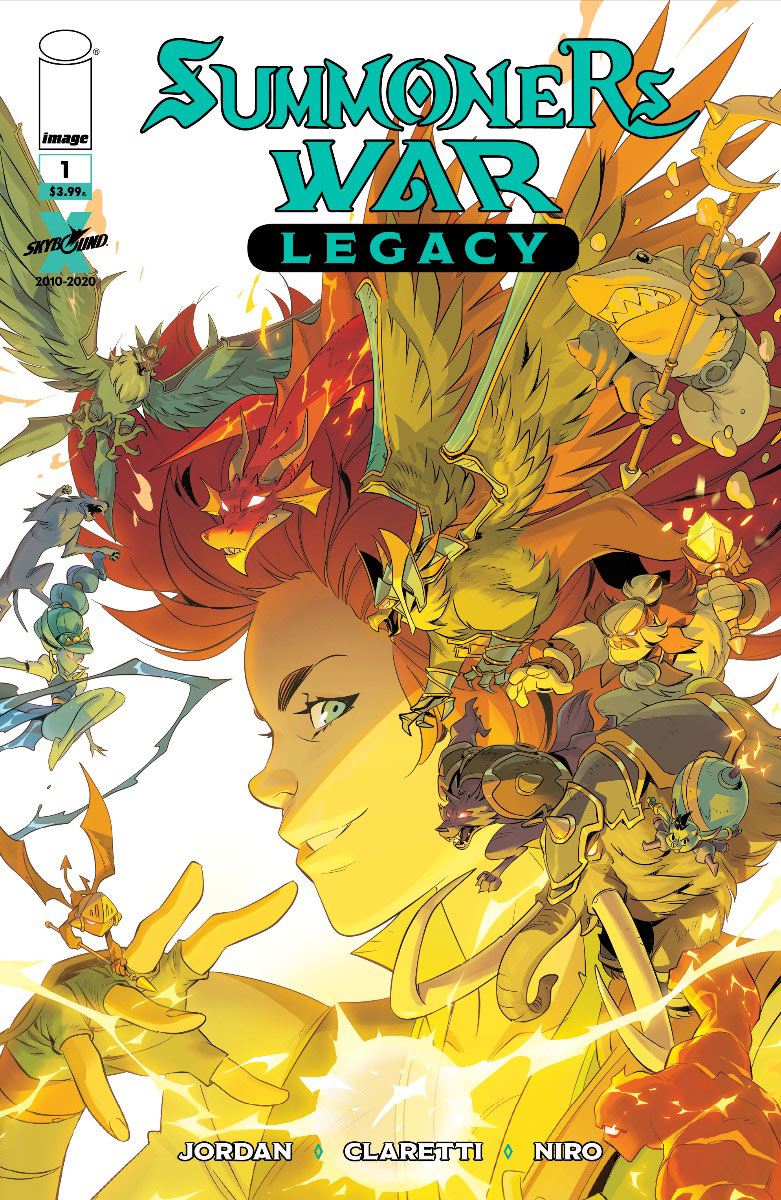 In Summoners War: Legacy, Rai knows there’s only one way out of a nothing town—to become a summoner! Armed with a summoning book of monsters, there would be nowhere she couldn’t go, and no adventure she couldn’t have. There’s only one problem: the world is at war and even untrained summoners like Rai must join the fight.

Recruited by Abuus Dein as an apprentice, Rai finds herself thrust into a battle for the fate of the world that none of them expected. Rai must learn there’s a lot more to life than having fun, but can she become the summoner the world needs in time?

Summoners War: Legacy takes place 35 years before the universe-shattering conflict at the mobile game’s center. The comic series features fan-favorite monsters, explores the fate of Durand’s parents, and expands on the mystical land of Alea and its colorful characters including Abuus, Rai, and Tomas. This riveting addition to Summoners War canon brings a rich lore to the franchise and draws new connections to the upcoming Summoners War games and the Summoners War: Sky Arena game that fans know and love.