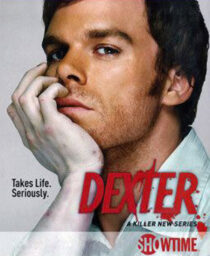 Deadline reports that Shotime’s fan favorite serial killer Dexter will return to his blood-splattering ways after the cable network ordered a new limited-series revival of the long-running drama.

Michael C. Hall, who played the title role in the original show, is set to return with showrunner Clyde Phillips. According to the report, Shotime has commited to a 10-episode run that’s set to go into production in early 2021 with a tentative premiere date of the fall of next year.

Dexter centers on the title character Dexter Morgan, a complicated blood-spatter expert for the Miami Police Department, who moonlighted as a serial killer.

Showtime Co-President of Entertainment Gary Levine, said that the network was only willing to revisit the “unique” character if they could find a creative take that was “worthy,” and they have “found it”.

There are no details as to the whereabouts of Hall’s Dexter in the reboot, but the finale of Season 8 saw Dexter having faked his death and living under a new name in Oregon after wrecking his boat and escaping from a hospital with the body of his sister, who had been shot and left in a coma, and having sent his son Harrison and love interest Hannah to live in Argentina.