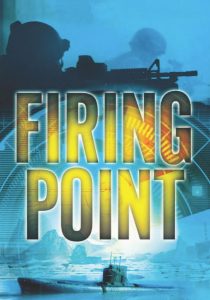 Peter Craig and Jamie Moss wrote the script based on the George Wallace and Don Keith novel, Firing Point. The story centers on an American submarine commander sent deep into Russian waters to save an elected Russian president caught in the middle of a military coup.

“As a project we’ve had in development for over 6 years we are very excited to be moving forward on this picture and to be collaborating with Millennium Pictures. This will be our 6th picture with Gerard and it is a perfect role for him” said a Relativity Studios representative.

The film is being shot in Bulgaria and the United Kingdom.

Relativity has three film releases this year, including: Before I Wake on September 9th, which will debut at the Fantasia festival in Montreal on July 31st; Masterminds on September 30th, which Lorne Michaels produced and stars Owen Wilson, Kristin Wiig, Zach Galifinakis, Jason Sudeikis and Kate Mackinnon; and Kidnap, described as a high octane thriller, being released on December 2nd, which Halle Berry produces and stars in.