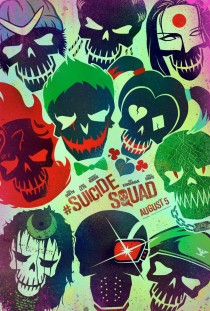 Will Smith may have found his next project with Suicide Squad director David Ayer, according to Deadline Hollywood and Variety. They are apparently in talks to join a developing spec script project titled Bright written by screenwriter Max Landis. Ayer, who recently rewrote the original treatment, is attached to direct, with Smith on board to star. Warner Bros. is expected to produce and distribute, however no deal has been made and Sony is also hovering, according to reports.

Joel Edgerton is also in discussions to co-star in Bright.

Plot details for Bright are unknown, but sources suggest the project will be in the vein of the Ayer-written and -directed End of Watch, which starred Michael Peña and Jake Gyllenhaal. But unlike End of Watch’s gritty LA setting, Bright is set in an alternative world where Orcs and fairies live among humans.

It’s unknown when the film would get underway but the hope is to get production rolling this year in order to allow Ayer and Smith to return for a Suicide Squad sequel scheduled to lens by 2017.