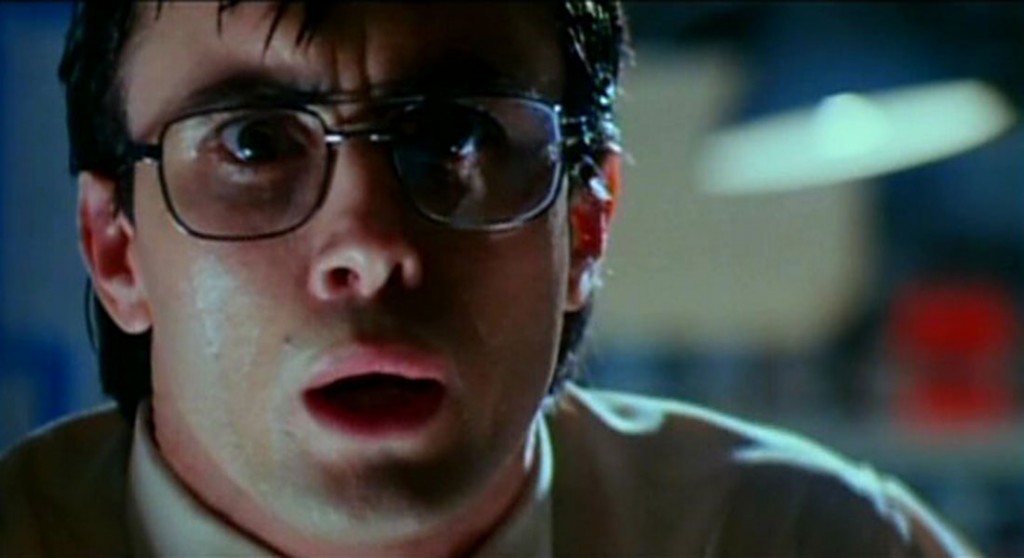 Many consider the 1980s a golden age of cult horror. The decade gave film fans some of the most terrifying, hard-to-kill bad guys in cinema history, including Jason Voorhees, Freddy Krueger and the titular demon of PUMPKINHEAD – the rise of the villain-as-hero is one reason ’80s horror films remain such bloody fun.

I’ll never forget waiting in line at the Loew’s Jersey for the release of Friday the 13th Part 3, in 3D. Back in those days, for better or worse, it was easy for a kid under 18 years old to get into R-Rated films. Friday the 13th was actually beloved by the Jersey audience at the time, being shot in the State at one of our famous summer camps.

Behind the camera, a new breed of filmmakers steeped in the old traditions but firmly in touch with their cultural moment reinvented the genre with a series of confrontational, often satiric responses to their era. George A. Romero, John Carpenter, Clive Barker and Sam Raimi created movies as sharp and distinctive as the most prestigious mainstream fare, often on much smaller budgets.

The Egyptian and Aero Theatres’ celebration of zombies, slashers and evil spirits will include appearances from many of the films’ creators, beginning in July with Peter Medak and his terrifying ghost tale The Changeling and Stuart Gordon with his two brilliant takes on science gone wrong, Re-Animator and From Beyond. In August, director William Lustig appears for a Q&A with his Maniac Cop and its sequel. If the police could be terrifying in the 1980s, so could paramedics, as Larry Cohen’s The Ambulance shows; the director appear in person with that film and his Special Effects. Filmmaker Tom Holland appears with a double feature of Fright Night and Child’s Play. The series pits Hellraiser’s Pinhead against Pumpkinhead in a double feature. Cast and crew members who survived Return of the Living Dead and Night of the Creeps as well as Chopping Mall and Night of the Comet recount their experiences. The screening series also features shapeless and shape-shifting creatures from The Blob and The Thing, along with Italian zombies Nightmare City and Burial Ground to shock you senseless.

Creepshow Cabaret will perform their burlesque routine before Return of the Living Dead on August 1st at 7:00 PM, before the screening begins at 7:30 PM. The show is produced by Mia Morte, a Los Angeles based horror burlesque and sideshow performer. She has been featured at Rob Zombie’s Great American Nightmare, Myth: Legends of Burlesque and Magic at the Anime Expo, Monday Night Tease, and many places in California.

Additionally, the Aero Theatre will run a Bernard Rose retrospective, with Rose and Tony Todd in person at the Aero Theatre. Since his breakthrough feature PAPERHOUSE in 1988, British director Bernard Rose has proven himself to be one of the most visually stylish and narratively ambitious filmmakers in world cinema. That haunting fantasy film paved the way for Rose’s horror masterpiece Candyman, a lyrical fairy tale for adults that was as thoughtful as it was terrifying.

In a career with as much breadth as depth, Rose followed Candyman with the innovative Beethoven biopic Immortal Beloved and a series of remarkable Tolstoy adaptations, including Ivans XTC, The Kreutzer Sonata and Boxing Day – this triple feature is free to members of the American Cinematheque with RSVP. His latest film is a bold new version of Frankenstein starring Danny Huston and Carrie-Anne Moss and due for release in January by Alchemy.

Check out the full schedule, below, or Click Here for more details.