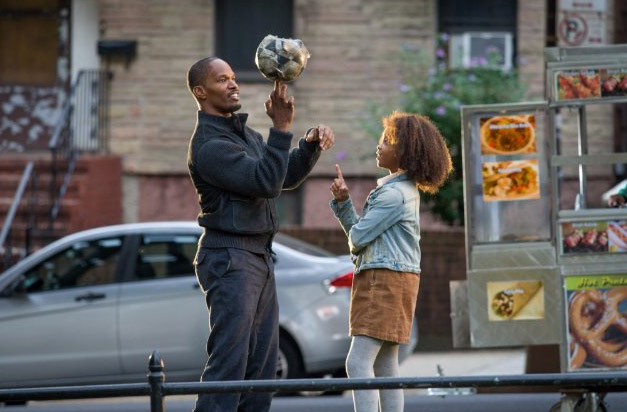 Variety reports that Jamie Foxx and Kevin Hart are in talks to co-star in Black Phantom, which Ride Along director Tim Story may helm. If the deal materializes, Black Phantom would reunite Hart and Story with their Ride Along producer Will Packer, who is producing the new movie with Will Gluck.

According to the report, Packer has long wanted to make Black Phantom. After the success of Ride Along and Jamie Foxx’s interest in working with Kevin Hart, the project seemed like the perfect match for everyone involved.

Black Phantom follows a double-crossed mob hitman who enlists the help of the “Black Phantom,” the same hit man that was contracted to kill him. The film will be based on a script by Dave Lease and Megan Hinds. Screen Gems president Clint Culpepper will oversee the project for the studio.

Foxx will soon be seen in The Amazing Spider-Man 2 and the Annie reboot, both hitting theaters this year. Hart can currently be seen in Screen Gems’ About Last Night.