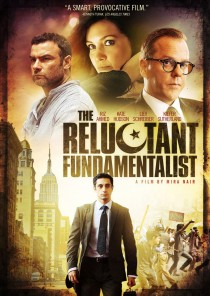 Liev Schreiber, Riz Ahmed, Kiefer Sutherland and Kate Hudson bring the international bestseller The Reluctant Fundamentalist to the Screen and now IFC Films has released Mira Nair’s (Monsoon Wedding) political thriller on high-definition Blu-ray and DVD. To celebrate the release, Film Fetish is giving away a Blu-ray copy of The Reluctant Fundamentalist to one lucky reader.

In order to have a chance to win a free copy of The Reluctant Fundamentalist on DVD:

“LIKE” this posting using the Facebook button above the text HERE, PLUS make sure you’ve “LIKED” our Facebook page at Facebook.com/filmfetish. Lastly, post the names of your 2 favorite spy films of the 1990’s on our Facebook Timeline and make sure to mention “I just entered the The Reluctant Fundamentalist Blu-ray Contest @filmfetish” in your post. Your entries will not be accepted if you do not follow these instructions and please note that we check profiles to assure fairness. So please do not create multiple profiles or “contest” profiles in order to enter.

More about The Reluctant Fundamentalist

In an outdoor café in Lahore, Pakistan, a young local university professor starts to tell an American journalist about his remarkable rise on Wall Street and why he gave it all up to return to his homeland. What follows makes The Reluctant Fundamentalist one of the most important political thrillers of our post-9/11 times. The film, from acclaimed director Mira Nair, comes to high-definition Blu-ray and DVD from IFC Films on August 27, 2013.

Based on the international bestseller by Mohsin Hamid, The Reluctant Fundamentalist is both a gripping thriller and a fascinating look at the post-9/11 world. Kate Hudson (Glee, Something Borrowed), Kiefer Sutherland (24, Touch) and Liev Schreiber (Ray Donovan, X-Men Origins) lead a powerful cast in the story of a young man caught in the middle of an unfolding international crisis.

When an American academic in Pakistan is kidnapped by anti-American radicals, the CIA thinks popular Pakistani professor Changez (Riz Ahmed, Four Lions, Trishna) is involved. The charismatic Changez denies the charge. But as he tells the remarkable story of his earlier meteoric rise career on Wall Street and his passionate relationship with a beautiful New York artist (Hudson) – to American foreign correspondent Bobby Lincoln (Schreiber), the truth becomes harder to pin down.

“Nair carefully manipulates the viewers’ prejudices and forces us to take sides in a conflict more complicated than it first appears,” wrote Anton Bitel in Sight & Sound. The film “boasts muscular storytelling in its energetic portrayal of Changez’s vertiginous rise up Wall Street’s professional and social hierarchy, made all the more interesting by a deliciously off-kilter performance by Kiefer Sutherland as Changez’s mentor,” said Abhimanyu Das at Slant.

Time Out New York’s Keith Uhlich said, “You can’t help but fall under [Ahmed’s] magnetic spell.” Bruce Demara of the Toronto Star raved: “Nair has found a real gem in Riz Ahmed, who anchors the film with a charismatically watchable performance. He’s in virtually every frame and you hang on his every word.” 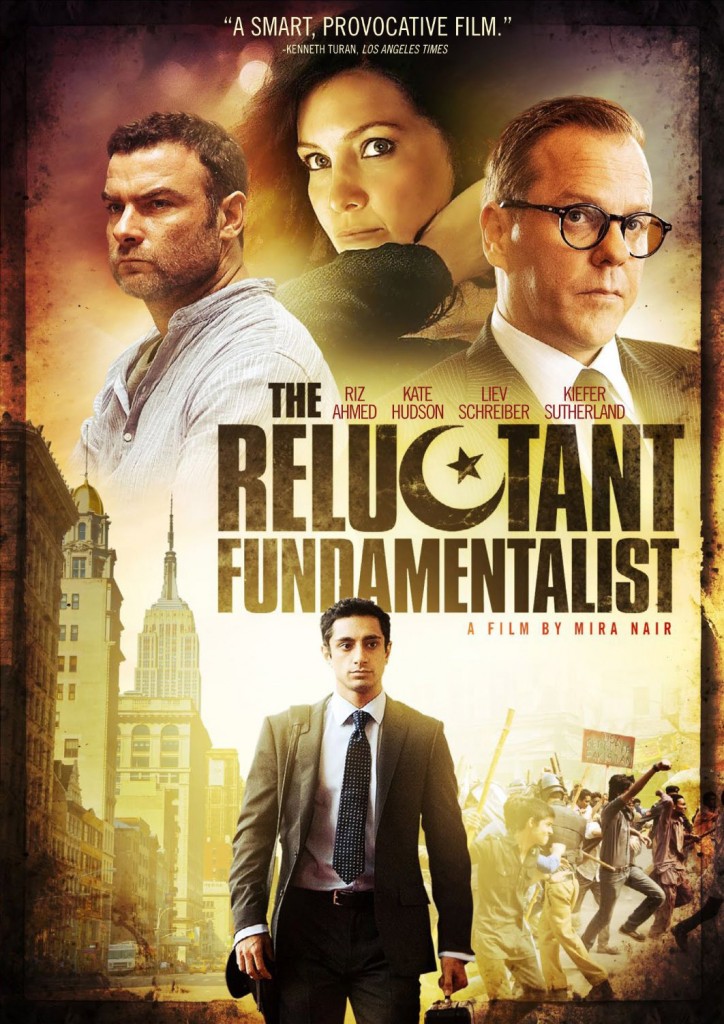