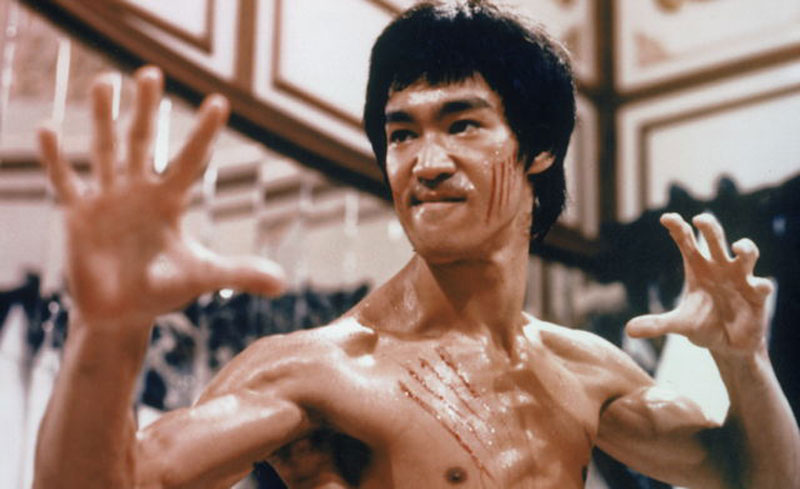 Warner Brothers and the New York Asian Film Festival have teamed up to present a special screening of Bruce Lee’s cult classic martial arts epic Enter the Dragon, along with a panel discussion on the relationship between Kung Fu and Hip Hop culture featuring Hong Kong’s MC Yan (LMF), along with Hip Hop pioneer and fine artist Fab 5 Freddy. The event will also play host to the North American debut and opening of a body of work recently exhibited in Hong Kong and Shanghai, China, entitled “Kung-Fu Wild Style.” The exhibit features Bruce Lee-inspired post-graffiti paintings by the two artists.

The screening of Bruce Lee’s Enter the Dragon and panel is part of the opening weekend for the 12th Annual New York Asian Film Festival, which takes place from June 28th through July 15th, featuring more than 60 film screenings, spread out over three venues. Below is a schedule of the other activities and screenings happening opening weekend. You can also visit subwaycinema.com/nyaff13 to find out the complete New York Asian Film Festival schedule.

1:30 PM The Bullet Vanishes
Kicking off the Hong Kong Cinema Now and Beyond special focus is this 1920s era thriller taking place at a munitions factory where Lau Ching-wan and Nicholas Tse have to track down a mysterious murderer. The film gained 12 nominations at the Hong Kong Film Awards.

4:00 PM The Lady Avenger
The Taiwan Pulp special focus kicks off with this rare screening of one of the few remaining Taiwanese Black Movies. It’s described as an absolute must see and one of the only films directed by a female (Yang Chia-yun) from this cycle. A brutal tale of rape and revenge and the only film to have a death by crane in this years fest!

6:15 PM Behind The Camera
Why Mr. E Went to Hollywood and Jury. Two of the most meta-films this year screen back to back. Jury by Busan International Film Festival honorary director Kim Dong-ho is a short about a festival jury trying to decide which films to award prizes. Then it’s on to E J-Yong’s send up of the Korean film industry. E J-Yong plays himself as a director shooting remotely by Skype while he is hobnobbing with the studios in LA. E J-Yong will be in attendance to answer questions.

9:00 PM Tales from the Dark Part 1
This is a World Premiere Opening Night screening! This horror anthology is from directors Lee Chi-ngai, Fruit Chan and first time director and long time actor Simon Yam. This is absolutely going to be a must see for the horror fans out there and is based on the writings of Lilian Lee, Hong Kong’s most famous writer.

1:00 PM The Legend is Born
Ip Man: Ip Man Fights Ninjas. Do you honestly need more? This “prequel” to the current Ip Man craze is brimming with talent and feels like a total 90s HK action throwback in the best possible way. Part of the spotlight on Well Go USA. With Director Herman Yau
and screenwriter Erica Li in attendance.

3:35 PM The Berlin File
Korean actor Ryoo Seung-beom will be in attendance at this as part of the festival’s spotlight on his work. A slick spy thriller directed by genre film superstar Ryoo Seung-wan (yes the Ryoos are brothers). Ryoo Seung-beom plays a North Korean spy navigating an arms deal gone bad in Berlin.

6:35 PM Eungyo (aka A Muse)
This May-December romance apparently burned up screens in Korea and both the director Jung Ji-woo & star Kim Go-Eun will be in attendance. This one is a steamy saucy tale of a young girl in love with a much older poet. The festival will be presenting Kim Go-Eun with the Rising Star Award before the screening.

1:00 PM Behind The Camera
Why Mr. E Went to Hollywood has a second showing, again with an appearance by director E J-Yong.

3:45 PM Arahan
One of the festival programmers’ favorite (and they feel overlooked) action movies to come out of Korea, this Ryoo Seung-wan helmed kung fu film is described as funny, action packed, and has a great performance by Ryoo Seung-Beom, who will be there to answer all your questions about flying around and sword fighting.