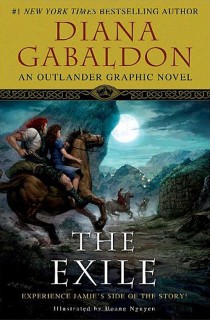 Chris Albrecht of Starz Entertainment announced today that the network will partner with Sony Pictures Television to produce Outlander, an original show adapted from Diana Gabaldon’s bestselling sci-fi series of books. Starz has ordered 16 episodes of Outlander, which begins lensing in Scotland this fall. The show is expected to premiere in 2014.

The series adaptation for Outlander will be written by Ronald D. Moore, who’s best known for his work on Battlestar Galactica, which won him a Peabody Award in 2006. Moore and Jim Kohlberg are executive producers of Outlander, which is produced by Tall Ship Productions, Story Mining and Supply Company and Left Bank Productions in association with Sony Pictures Television.

Diana Gabaldon’s seven-book series Outlander has sold more than 20 million copies and has graced the New York Times bestsellers list six times. The eighth installment of the Outlander series is slated to be released this fall. The series spans the genres of romance, science fiction, history and adventure in one epic tale. It follows the story of Claire Randall, a married combat nurse from 1945 who is mysteriously swept back in time to 1743, where she is immediately thrown into an unknown world where her life is threatened. When she is forced to marry Jamie Fraser, a chivalrous and romantic young Scottish warrior, a passionate affair is ignited that tears Claire’s heart between two vastly different men in two irreconcilable lives.