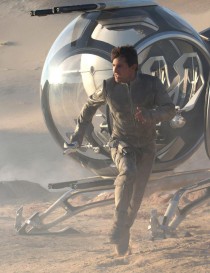 The post-screening Q&A will be simulcast via satellite to nine additional IMAX theatres in Dallas, Denver, Detroit, Los Angeles, Miami, Philadelphia, Phoenix, San Diego and Virginia Beach. The discussion will also stream live at the Hero Complex website and IMAX’s Facebook page. Audiences in all 10 cities and online viewers will be able to submit potential questions in real time via Twitter by using #oblivion.

“We’re excited to team up with our partners at Universal and Los Angeles Times for this exciting Hero Complex event – offering fans who are feverishly anticipating this cinematic spectacle an early way to connect with the film by speaking directly with Tom Cruise and Joe Kosinski,” said IMAX Entertainment President Greg Foster. “It will also allow audiences to experience the film the way in which it was intended to be seen – in IMAX.”

“Whenever possible, we involve moviegoers in the fascinating world of filmmaking, and this Hero Complex event will bring fans into the breathtaking universe that Joe and Tom created with Oblivion,” said Nikki Rocco of Universal Pictures. “We offer our thanks to IMAX and Los Angeles Times for supporting this simulcast screening and join audiences across the country as we’re transported into this fantastic adventure.”

“Bringing together Oblivion, the ‘wow’ factor of IMAX theatres, Los Angeles Times’ editorial expertise and a nationwide simulcast will create the kind of spectacle Hero Complex fans crave,” said The Times’ Michael J. Tannourji. “The Times is pleased to collaborate with Hollywood in developing inventive experiences that engage and thrill audiences.”

The IMAX presentation of Oblivion has been specially formatted to feature a larger aspect ratio than the conventional release for the entirety of the film. Exclusively in IMAX, this aspect ratio has been optimized to take advantage of the IMAX screen, allowing audiences to see more of the image and result in a full panorama of the action – further immersing them into the vast scale and scope of the film.

The award-winning Hero Complex debuted on latimes.com in 2008 and has evolved to become the go-to resource for all things geek, covering every aspect of sci-fi, fantasy, horror and pop culture entertainment. Its Screening Series, presented by IMAX, kicked-off in 2010 with Kosinski’s TRON: Legacy.

Oblivion has been digitally re-mastered into the image and sound quality of The IMAX Experience with proprietary IMAX DMR (Digital Re-mastering) technology. The crystal-clear images, coupled with IMAX’s customized theatre geometry and powerful digital audio, create a unique environment that will make audiences feel as if they are in the movie.

Tom Cruise stars in Oblivion, an original and groundbreaking cinematic event from the visionary director of TRON: Legacy and producers of Rise of the Planet of the Apes. On a spectacular future Earth that has evolved beyond recognition, one man’s confrontation with the past will lead him on a journey of redemption and discovery as he battles to save mankind.

2077: Jack Harper (Cruise) serves as a security repairmen stationed on an evacuated Earth. Part of a massive operation to extract vital resources after decades of war with a terrifying alien threat who still scavenges what’s left of our planet, Jack’s mission is almost complete. In a matter of two weeks, he will join the remaining survivors on a lunar colony far from the war-torn world he has long called home.

Living in and patrolling the breathtaking skies from thousands of feet above, Jack’s soaring existence is brought crashing down after he rescues a beautiful stranger from a downed spacecraft. Drawn to Jack through a connection that transcends logic, her arrival triggers a chain of events that forces him to question everything he thought he knew. With a reality that is shattered as he discovers shocking truths that connect him to Earth of the past, Jack will be pushed to a heroism he didn’t know he contained within. The fate of humanity now rests solely in the hands of a man who believed our world was soon to be lost forever.

Oblivion was shot in stunning digital 4K resolution on location across the United States and Iceland.

Tickets and additional details will be available starting at 12:00p.m. ET tomorrow at www.OblivionHero.com. Attendance is free and available on a first-come, first-served basis. 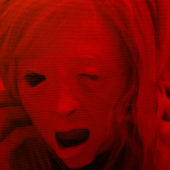