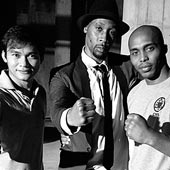 FilmFetish has learned that world-renowned martial artist Marrese Crump recently wrapped shooting The Protector 2 (aka Tom Yum Goong 2, Warrior King 2), where he collaborated with Tony Jaa. After nearly a year of workshops and training, The Protector 2 has been crafted with specially designed fight sequences that take advantage of the 3D effects and the extreme athleticism of Tony Jaa as well as the premier martial arts knowledge of Marrese Crump.

Musician and filmmaker the RZA, who’s hotly anticipated martial arts flick The Man With The Iron Fists lands in theaters this November, has been confirmed to be making a very special on-screen appearance The Protector 2 as well. The Abbot RZA, founder of seminal rap group The Wu Tang Clan, recently hinted at his excitement about being involved in the action via his Facebook page. Bringing his profound wisdom of martial arts movies to the set, he reportedly became an integral part of making the film.

With Crump and Jaa building on the choreography under the supervision of mastermind Panna Rittikrai, it’s safe to say that action fans can look forward to hard hitting fights and jaw dropping action, amplified by the use of 3D technology.

“To do this type of action at this level, you have to have a high degree of work ethic, creativity, and the endurance for hard physical training. I think that RZA, Tony and I collaborating together as brothers represent our dedication to the martial arts and this genre.” says Marrese Crump.

While action fans will have to wait for the 2013 release of The Protector 2, The RZA’s directorial debut, The Man With The Iron Fists, comes crashing into U.S. theaters on November 2nd.

Check out an exclusive images from the set of The Protector 2, below. 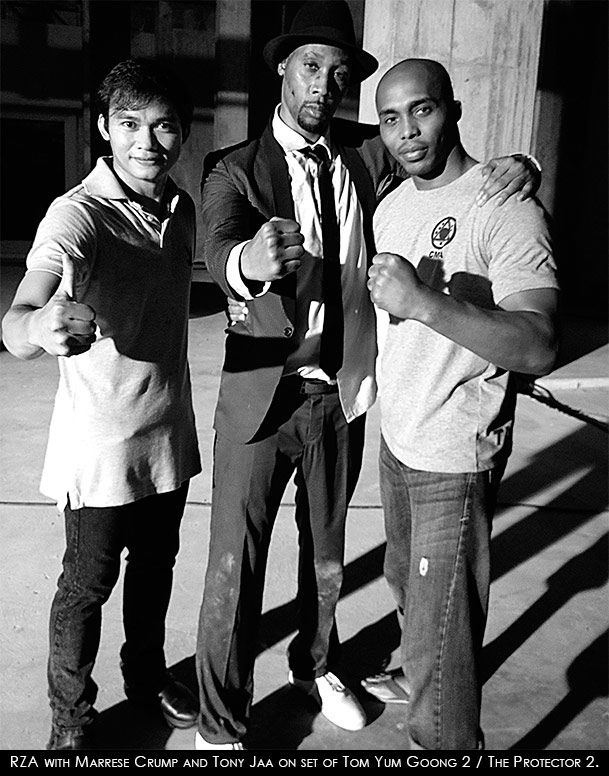