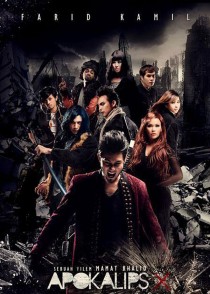 US film sales company Birch Tree Entertainment and Malaysian media empire Astro All Asia Networks are teaming up to produce and distribute a slate of martial arts action films, according to Film Business Asia. The projects are being produced by Astro’s production subsidiaries — Tayangan Unggul Snd Bhd and Malaysia’s Astro Shaw — and then sold internationally by Birch Tree. The companies seek to produce as many as six movie in the first year.

The first title is already complete and is titled The Collector. It’s described as an action-comedy by award-winning director James Lee and stars Yeo Yann Yann and Sunny Pang. The Collector was produced last year by Adrian Teh’s Asia Tropical Films.

Astro Shaw previously released the Malaysian martial arts film Return to Murder Bunohan in Asian, and is involved with the production of Nuptials of the Dead, an upcoming chiller from filmmaker Maya Lim, which adapts her own short film.