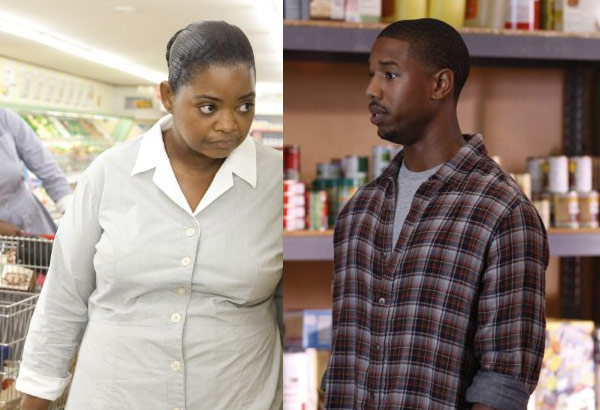 THR reports that Oscar-winning actress Octavia Spencer and Chronicle co-star Michael B. Jordan are in talks to top line the drama Fruitvale, a timely indie drama being produced by Forest Whitaker and his Significant Productions partner Nina Yang.

Filmmaker Ryan Coogler will make his feature film debut by writing and directing Fruitvale, which tells the story of Oscar Grant, a young black man detained on New Year’s Day 2009 by Bay Area Rapid Transit police, who shot him in the back and killed him. The shooting was captured by cell phone cameras, and the trial and its verdict caused massive protests. Fruitvale is the name of the station where the shooting occurred. Jordan would play 22-year-old Oscar Grant, who crosses paths with friends and enemies, family and strangers on his last day. Spencer is in talks to play his tough and protective mother.

Fruitvale is coming together amid the controversy surrounding the February 26th shooting death of Trayvon Martin, who was shot and killed by local neighborhood watch officer George Zimmerman, in Florida. Filming is scheduled to begin in Northern California this July.