Entertainment Weekly has revealed 7 new images from Christopher Nolan’s upcoming sequel The Dark Knight Rises, which is due in theaters on July 20th, 2012.

In The Dark Knight Rises, Batman (Christian Bale), suffering from a tarnished reputation after taking the rap for Harvey Dent’s crimes in 2008’s The Dark Knight, feels compelled to help Gotham City yet again. This time, the city’s police force is struggling to cope with Bane’s (Tom Hardy) plans to destroy the town.

Check out some of the images below, or CLICK HERE to see the entire set at EW.com. 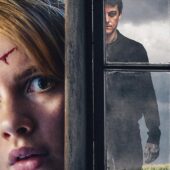