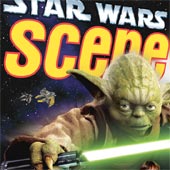 Today, Screenlife, creators of the popular Scene It? entertainment trivia games announced its 2012 retail lineup, which will be previewed at the upcoming NY International Toy Fair, booth #2931. In conjunction with the Scene It? brand’s 10th anniversary, for the first time ever, Screenlife will be launching a title based on one of the most iconic film series in history, with Scene It? Star Wars. Featuring stunning movie clips and engaging trivia across all six Star Wars films, the game extends the classic Scene It? experience with new Stars Wars-specific challenges, and new puzzle types that offer a rare look at behind-the-scenes materials that will delight as well as inform fans. Also previewing at Toy Fair in the Screenlife 2012 lineup, Scene It? Movie Night, which features blockbuster films of past and present, spanning hits from comedy, action, drama and beyond. Both of these Fall 2012 releases will introduce a new streaming capability to the Scene It? experience, offering players the option to stream gameplay on a variety of devices, as well as play from the patented Scene It? DVD.

From the Battle of Naboo to the birth of Luke Skywalker, from the rise of Darth Vader to the fall of the Galactic Empire – Scene It? Star Wars delivers hours of fun spanning the complete Star Wars film saga. As one of the engaging new puzzle types introduced in this landmark title, the “Jedi Archives” challenges players to solve puzzles utilizing behind-the- scenes film assets, from storyboards, production stills, concept art and more. The Force will need to be with fans as they try to solve the “Finish the Line” puzzles, which task Star Wars devotees to complete key dialogue from the films. The “Imperial Listening Post” incorporates the fantastic sound effects of Star Wars, as players endeavor to identify the iconic hum of lightsabers, or the inspiration of Chewbacca’s signature voice. Emulating R2-D2’s famous projector, “Holonet Disruptions” presents clues in holographic projections, as first depicted in the original Star Wars. The game will be available in the Fall of this year.

This crowd-pleasing entertainment trivia game challenges player knowledge of the silver screen with all-new amazing clips, captivating trivia, and the most popular on-screen puzzles from the biggest Hollywood blockbusters of the past 20 years. From comedy classics like Wayne’s World and The Naked Gun, to edge-of-your-seat thrillers including Cloverfield and Paranormal Activity – to recent Oscar nominated films like True Grit and Bridesmaids, the fast-paced, star-powered fun makes Scene It? Movie Night THE party starter for both casual movie buffs and diehard film fanatics. Pass the popcorn, gather friends and family, and get ready to play Scene It? Movie Night.

With Scene It? Star Wars and Scene It? Movie Night, Scene It? introduces a groundbreaking way to play. Players can choose to play using the included DVD or simply stream the content via their favorite web-enabled device, including laptops, tablets, and connected TVs. The streaming option offers added convenience while providing access to bonus content not found on the disc. 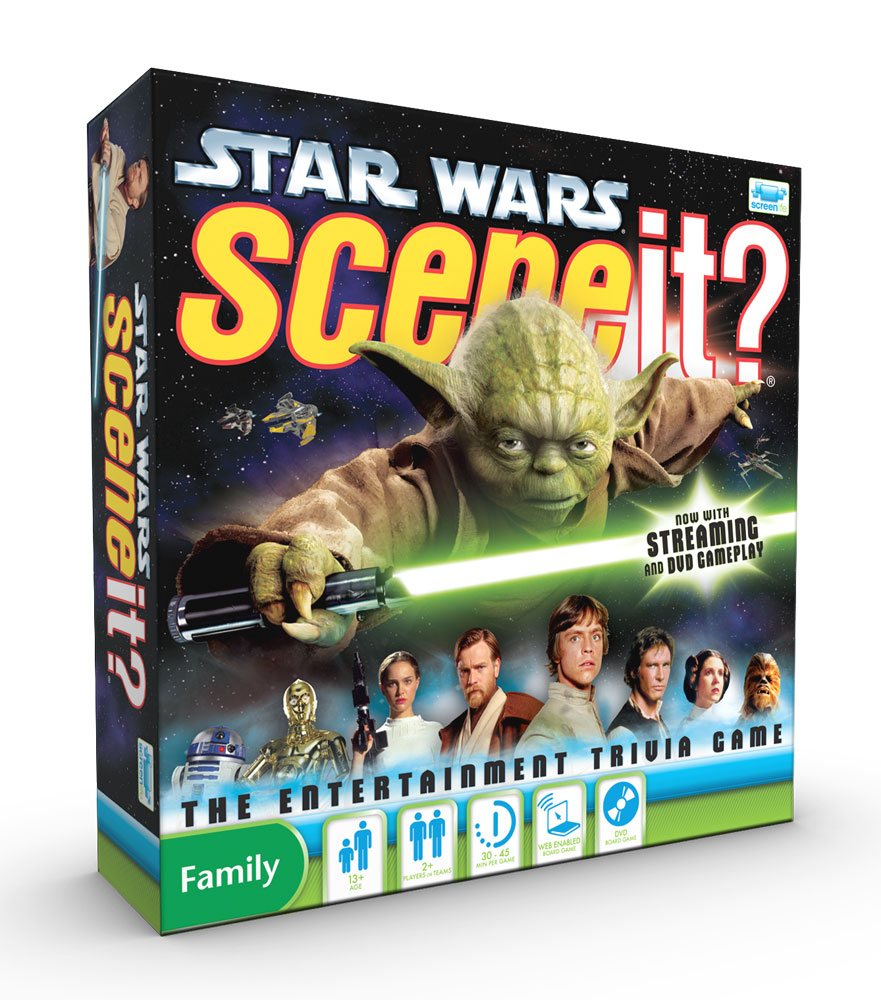 CLICK HERE to browse all of the existing Scene It? titles available.