Bourne Identity director Doug Liman is officially attached to the thriller Fair Game, which chronicles the outing of former CIA agent Valerie Plame Wilson, who will be portrayed by Naomi Watts, according to Variety.

According to the report, Oscar-winning actor Sean Penn – who nabbed Best Actor honors last night at the Academy Awards, is apparently close to a deal to play the ex-agent’s husband, Ambassador Joseph Wilson.

Penn apparently has a strong relationship with William Pohlad, whose company is financing Fair Game, and Pohlad was a producer on the Terrence Malick-directed Tree of Life, which stars Penn and Brad Pitt, as well as Into the Wild, Penn’s directorial debut.

Based on Plame Wilson’s own memoir, the story follows her status at the agency, as it becomes compromised when her husband wrote newspaper columns accusing the Bush Administration of manipulating intelligence about weapons of mass destruction to justify the invasion of Iraq.

Plame Wilson left the CIA in 2005 and the couple filed a civil suit against Vice President Dick Cheney, Karl Rove and Cheney’s ex-chief of staff, Lewis “Scooter” Libby. Rove and Deputy Secretary of State Richard Armitage admitted they leaked her agency status to journalists, but only Libby was convicted of lying to a federal grand jury about his role in the whole affair. 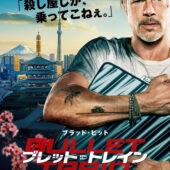