Electronic Arts worked with Live Free or die Hard star Maggie Q to topline Need for Speed Undercover, the latest version of its bestselling driving game franchise, according to a report on Variety.

According to EA’s head of Asian operations, although the company’s sports titles have actual sports figures’ likenesses, the company has never hired an actor to directly appear and “star” in a video game before. Q appears in the game as an FBI agent on the trail of car thieves. She will be featured in both live-action footage and as an avatar, playing a character who recruits other agents and guides players through different levels of the game.

This seventh edition of the Need for Speed franchise will be launched simultaneously on 12 console versions on November 18, 2008. It will then be expanded next year in an online version targeted initially at Asian gamers. Various mobile versions will follow, although not all will be as sophisticated as the version designed for Apple’s I-Phone and I-Pod which EA demoed at an event held this past Tuesday.

Below is the trailer for Need for Speed Undercover, which plays much more like a movie trailer than game trailer.

Below is a scene from an actual game environment movie. 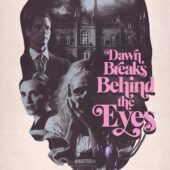