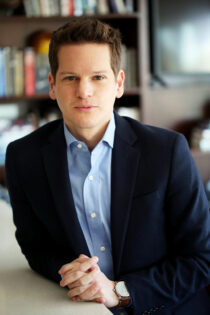 Focus Features and FilmNation Entertainment announced that they will start production on crime drama The Outfit, marking the feature directorial debut of Oscar winner Graham Moore (The Imitation Game). Moore will direct from his own script that was co-written with actor/writer Johnathan McClain (Mad Men). Oscar winner Mark Rylance (The Trial of the Chicago 7), Dylan O’Brien (The Maze Runner series), Zoey Deutch (Set It Up) and Johnny Flynn (Emma) star in the film, with producers Scoop Wasserstein, Ben Browning and Amy Jackson steering the project.

The Outfit follows an English tailor named Leonard (Rylance), who used to craft suits on London’s world-famous Savile Row. After a personal tragedy, he ends up in Chicago, operating a small tailor shop in a rough part of town. There he makes beautiful clothes for the only people in the area who can afford them: A family of vicious gangsters.

Graham Moore is a New York Times bestselling novelist and Oscar winning screenwriter. His novels (“The Holdout,” “The Last Days of Night,” “The Sherlockian”) have been published in 24 countries and translated into 19 languages. His script for The Imitation Game won an Oscar along with a Writer’s Guild Award. The piece was also nominated for Golden Globe and BAFTA awards.