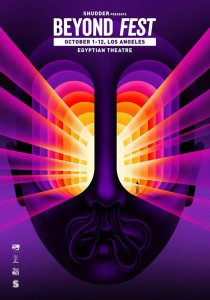 Beyond Fest is the highest-attended genre film festival in the U.S., delivering the best horror, sci-fi, fantasy and badass cinema to Los Angeles. Last year more than 10,000 fans walked through the famed courtyard of the Egyptian Theatre to scream, laugh, cry (and vomit, thanks to STARRY EYES…) at what filled the screen. This year brings eighteen West Coast premieres pulled from all corners of the globe, a handful of wonderfully rare 35mm screenings and some truly incredible guests.
The festival opens with the West Coast premiere of writer-director Brian Hegeland’s LEGEND, his new biopic of notorious London gangsters the Kray brothers (both played by Tom Hardy) and the West Coast premiere of Hou Hsiao-Hsien’s acclaimed martial arts epic THE ASSASSIN closes the fest.

Al Pacino joins us for a 40th anniversary screening of the classic DOG DAY AFTERNOON. Director Savage Steve Holland corrals cast members of BETTER OFF DEAD for a 30th anniversary reunion screening hosted by The Meltdown With Jonah and Kumail. In preparation for Starz’s upcoming television show ASH VS EVIL DEAD, Bruce Campbell joins us for a groovy Q&A between THE EVIL DEAD and EVIL DEAD II.

As in the past two years, live music is an integral part of the programming. Legendary horror composer Fabio Frizzi performs in Los Angeles for the first time ever before a presentation of Lucio Fulci’s gothic masterpiece THE BEYOND. The team behind inaugural Beyond Fest entry ALMOST HUMAN returns with telekinesis-gone-wrong tale THE MIND’S EYE; the film’s composer Steve Moore performs before the film. The producers behind the successful V/H/S franchise bring us anthology shocker SOUTHBOUND; synth duo I Speak Machine perform before the film. Silent horror landmark THE PHANTOM OF THE OPERA will be presented with live musicians performing the original 1925 score.

Director S. Craig Zahler and actor Matthew Fox join us for the West Coast premiere of Western-horror hybrid BONE TOMAHAWK. The West Coast premiere of HE NEVER DIED will be followed by a discussion with director Jason Krawczyk and star Henry Rollins, moderated by Shepard Fairey. Paranoia will be thick enough to cut with a knife in the double feature of the new THE INVITATION and the 1978 INVASION OF THE BODY SNATCHERS; INVITATION director Karyn Kusama, writers Phil Hay and Matt Manfredi, and actor Logan Marshall-Green will speak between the films. Writer-director Dennis Hauck discusses his new neo-noir, TOO LATE.

Ninja from Die Antwoord presents a night of black and transgression with cult classic ERASERHEAD. See THE DEVILS the way Ken Russell intended – in its original X-rated cut. A Beyond Fest without Takashi Miike is like a day without sunshine, and the Japanese auteur’s YAKUZA APOCALYPSE: THE GREAT WAR OF THE UNDERGROUND delivers plenty of mayhem.

This year also includes numerous free programs in the adjoining Spielberg Theatre, rechristened the Shudder Theatre after the online video service, whose sponsorship makes these screenings possible. Along with some homegrown horror (FEBRUARY), wild new films make their West Coast premiere from all around the world including Germany (DER BUNKER, GERMAN ANGST), Denmark (MEN & CHICKEN), France (RABID DOGS, IN SEARCH OF THE ULTRA-SE-X), Japan (ASSASSINATION CLASSROOM), China (SPL 2: A TIME FOR CONSEQUENCES) and the United Arab Emirates (ZINZANA).

Tickets for free screenings in the Shudder Theatre will be available the day of each show on a first come, first served basis, with a limit of 2 tickets per person. Box Office opens 90 minutes before the first program of the day.

Get the entire schedule and find out more details about Beyond Fest Right Here. 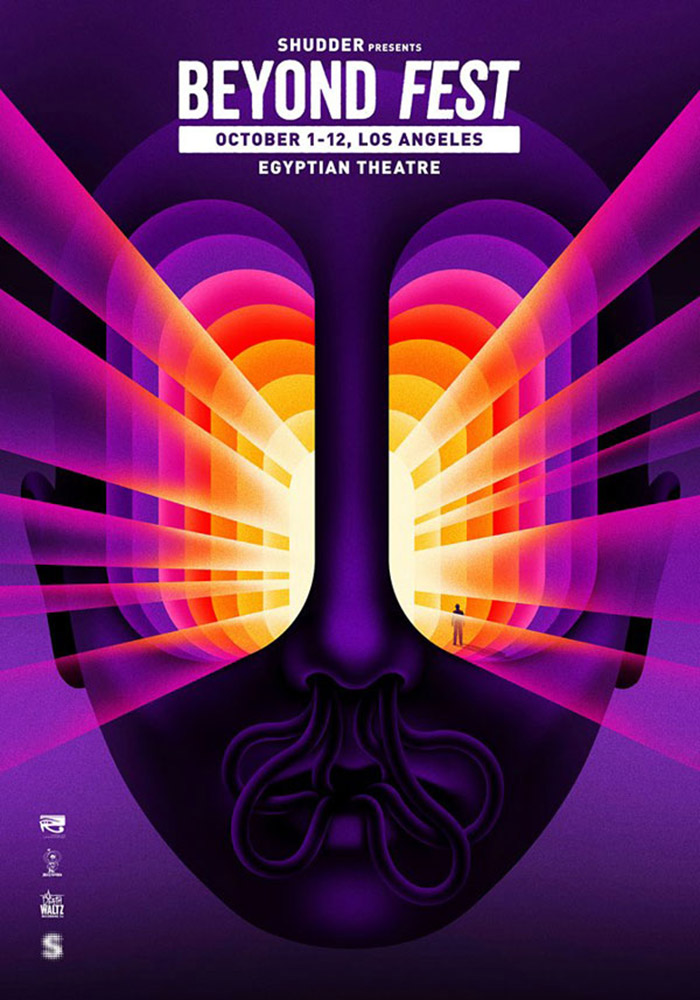