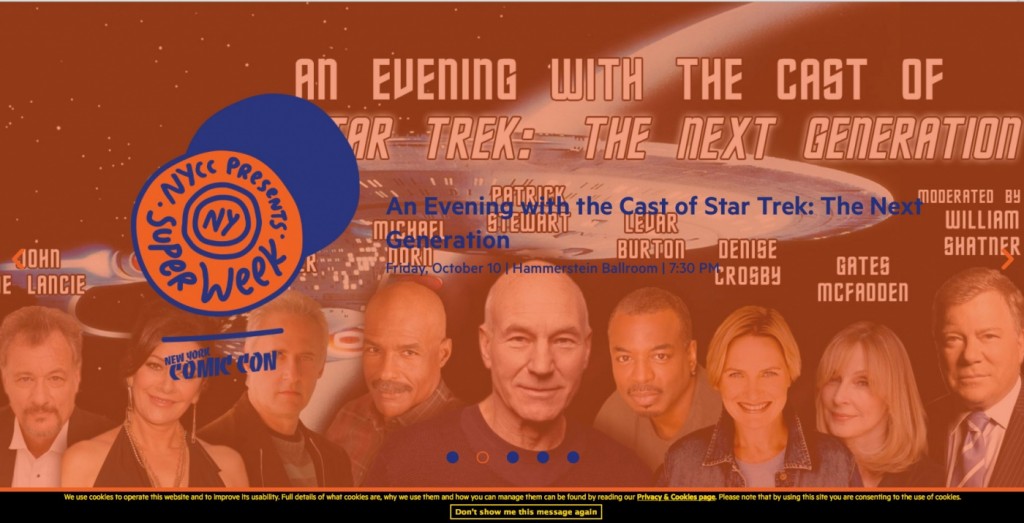 New York area Star Trek fans have just been given a major gift by organizers of Reed Pop’s upcoming New York Super Week. The company just announced that the full Star Trek: The Next Generation cast – including Patrick Stewart – will be on hand for a one-night only event at the Hammerstein Ballroom that will be moderated by the original Captain – William Shatner.

What could be better than a live conversation with the cast of Star Trek: The Next Generation? Pretty much only one thing – if said live conversation was moderated by the original Captain James T. Kirk. New York Super Week welcomes William Shatner as he leads a panel featuring cast members from Star Trek: The Next Generation. Learn about the final frontier from the actors who had a front row view.