To celebrate the release of the restored Cleopatra 50th Anniversary on Blu-ray, a Cleopatra 50th Anniversary interactive digital timeline has been released, allowing users to explore imagery, facts and behind-the-scenes footage of the production of the film. The interactive timeline takes you up the Nile River to journey through film stills and clips exploring Cleopatra. From the grand costumes to the famous love affair between Elizabeth Taylor and Richard Burton, you can experience the enchantment behind one of the most famous productions in cinematic history. 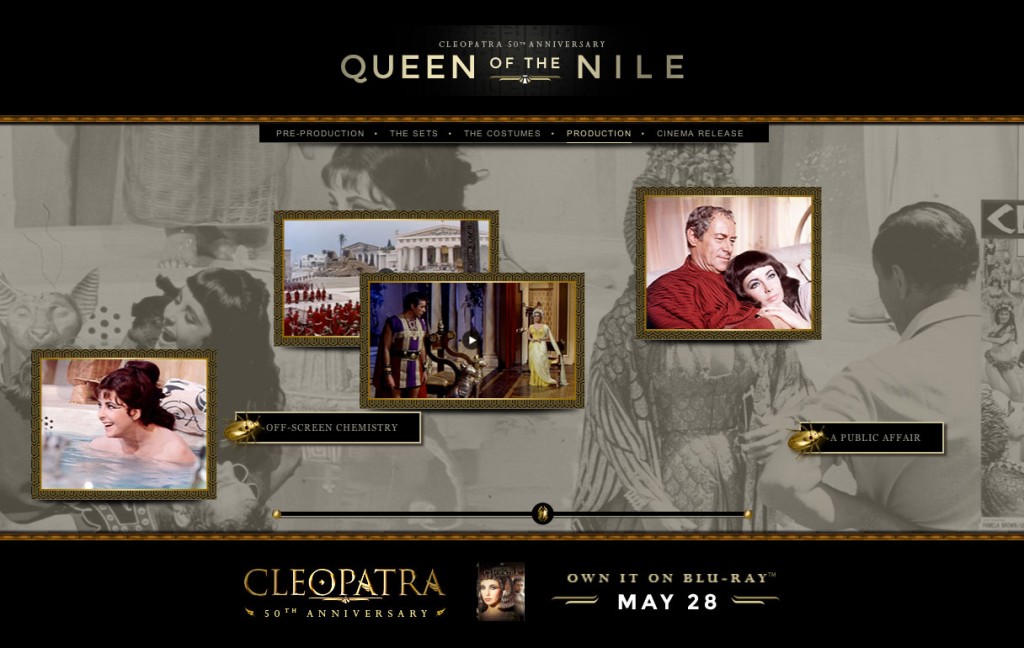