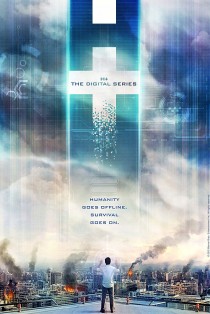 H+ The Digital Series is described as a futuristic online series, where the human race is hardwired to the Internet. From producer Bryan Singer (The Usual Suspects, X-Men: First Class), the live-action web series H+ The Digital Series will make its debut August 8 on YouTube. Directed by Stewart Hendler (Sorority Row), and starring an international cast that includes Alexis Denisof (Buffy the Vampire Slayer), Amir Arison (Law & Order: SVU) and David Clayton Rogers (Jane By Design), H+ The Digital Series takes viewers on an episodic, apocalyptic journey where technology has gone horrifically wrong.

“Our first venture into the digital space gives us the freedom to engage fans with new content that is immersive, interactive and is tailored to be enjoyed online,” said Bryan Singer. “H+ The Digital Series on YouTube provides us with a strong two-way dialogue with our fans, creating a deeper and ongoing connection.”

H+ The Digital Series takes viewers on an episodic, apocalyptic journey into the future where consumers are rapidly installing a chip called “HPlus” into their nervous systems that allows them to access the Internet 24 hours a day – by just thinking it. One day, a virus is released – causing a third of the world’s population to die instantly. The series deals with the massive political and human changes that take place, the fight for survival and the mystery to discover who is behind this atrocity.

Fans can subscribe to the H+ The Digital Series channel on YouTube. In the coming days, viewers will have access to exclusive new content which will provide insight into the origins of HPlus and details about this ambitious and innovative digital series.

Check out new images from the series, along with the official trailer, below, and find out more information at the show’s Facebook page at: facebook.com/HPlusTheDigitalSeries. 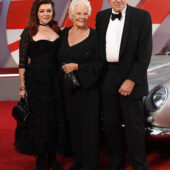