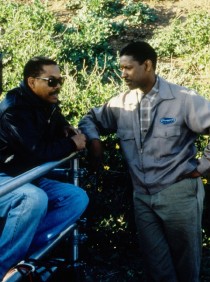 Meyers Media Group and McDonald Entertainment recently announced that they will co-finance the thriller City of Night. The film, to be directed by award-winner Carl Franklin (Out of Time, High Crimes), was written by David Chisholm (Kidnapped in Paradise, The Wizard) and will be produced by Brendan McDonald of McDonald Entertainment and Jesse B’Franklin, and executive produced by Lawrence Meyers (Unfaithful) and Randy Dannenberg.

In City of Night, Emmett Conlin is a rookie cop aspiring to be one of the finest in the Los Angeles Police Department– until he’s unexpectedly lured into the toughest crime unit in the city and finds that his greatest danger lies within the department. Drawn into a web of deceit and betrayal by a veteran cop who has corrupted all that he touches, Emmett becomes the target of an elaborate psychological game to destroy him. Set against the teeming and dangerous backdrop of South Central L.A., City of Night is an explosive, sexually intense thriller in the tradition of LA Confidential and The Departed.

Franklin has garnered acclaim from recent television directing duties including the pilot of TNT’s Falling Skies and the premiere episode of the new Starz series Magic City. He first achieved notoriety for directing the moody thriller One False Move, which won him the New Generation Award from the Los Angeles Film Critics Association.