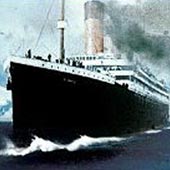 In time to commemorate the 100th anniversary of one of the greatest disasters of the 20th century, join A&E and History for a definitive documentary set on the Titanic tragedy. To celebrate the release of Titantic: The Complete Story, FilmFetish is giving away 2 copies of the complete DVD set, to readers.

In order to be entered the Titantic: The Complete Story random drawing:

I’ll be running the Titantic: The Complete Story contest through Friday, April 6, 2012.

More about Titantic: The Complete Story

The “unsinkable” Titanic was a dream come true: Four city blocks long and a passenger list worth 250 million dollars. But on her maiden voyage in April 1912, that dream became a nightmare when the giant ship struck an iceberg and sank in the cold North Atlantic. More than 1,500 lives were lost in one of the greatest disasters of the 20th century. Now, as the 100th anniversary of the sinking approaches this April, the complete sensational history of the premier liner is recounted in Titantic: The Complete Story, now repackaged and re-priced for ultimate collectibility.

Using newsreels, stills, diaries, and exclusive interviews with survivors, Titantic: The Complete Story charts the fateful history of the ship and its passengers as well as providing an overview on the popular culture phenomenon that this tragedy has become. The complete story is recounted across three 3 feature-length programs: Death of a Dream, which brings viewers to the christening of the largest ship ever built, before a cheering Irish crowd of 100,000; then, witness the disaster this trek becomes as numerous iceberg warnings go unheeded and the ship sinks in the icy North Atlantic; The Legend Lives On chronicles the stunning sinking, as over-crowded lifeboats edge away from the crippled liner and futile SOS signals flare into the night, leaving 1,500 passengers to a watery grave; and, Titanic’s Achilles Heel, which follows elite divers as they explore the explosive theory that the doomed liner may have had a fatal design flaw in this doc that utilizes advanced CGI technology, archive documents and photographs, as well as footage from modern-day expeditions.

Bonus Features: Timeline of Critical Events; Biographies of Notable Passengers; Essay on the history of the tragedy as seen in popular culture 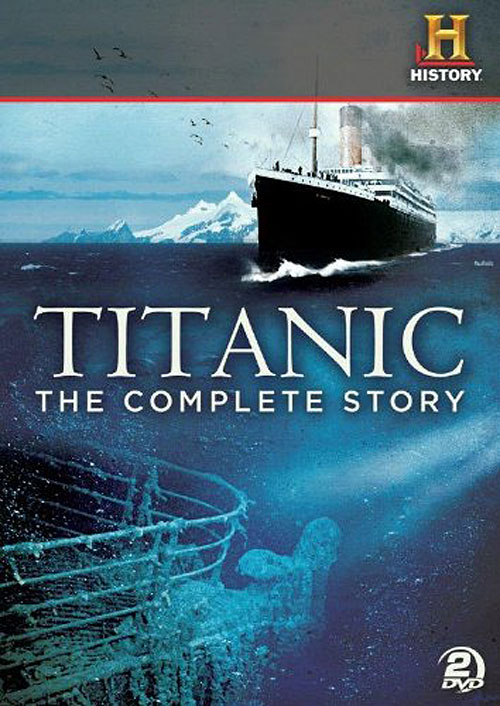