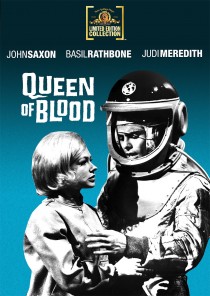 When an alien ship crash-lands on Mars, a rescue ship is dispatched to search for survivors. Instead they find an alien vampire who begins killing the crew ‘Dracula’ style. Queen of Blood, which originally opened in 1966 for the grind house crowd, has a simple but fun plot. A sickly greenish Martian woman (Florence Marly) is rescued by human astronauts (John Saxon, Judi Mederith, Dennis Hopper), and turns out to thrive on blood, lay eggs and be a hemophiliac. The astronauts feed her with the spaceship’s supply of plasma through a straw, but she drains another victim and nearly finishes a third. 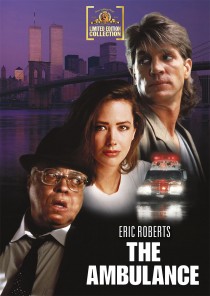 When a beautiful woman is snatched by a strange ambulance, a comic book artist named Josh (Eric Roberts) looks into a series of similar disappearances and finds a ring of doctors who traffic in human guinea pigs. The Ambulance sounds like a thriller of the week, but there’s more humor in the film than one might expect, especially from movies of the era. Eric Roberts is a comic book artist searching for a missing woman who he last saw placed in an ambulance. The exciting premise from filmmaker Larry Cohen is played for laughs more than serious drama, but once you get into the movie’s framework, it’s funny and at times, charming. The story slows down too often, but at it’s best points, it’s entertaining. 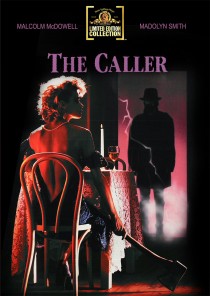 In The Caller, a mysterious visitor (Malcolm McDowell) breaks into the home of a single woman, and undertones of fear quietly begin to surface as a series of twisted, chilling games ensue. McDowell sinks his teeth into the Arthur Allan Seidelman film, playing a character who’s at times scary and quirky. Overall, The Caller is too slow to keep the viewer entertained for the full 97 minutes, but it has some thrilling moments of sexual tension between McDowell and Madolyn Smith. 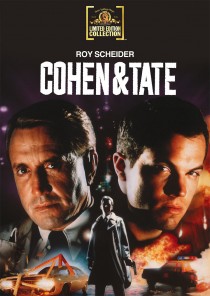 Travis (Harley Cross) is a nine-year-old boy who lives in Oklahoma with his federally protected parents. After the mob kills his parents, mafia bosses demand that Travis be brought to Houston. Veteran hitman Cohen (Roy Scheider) signs on for one last job, but to his dismay, he’s paired with a psychopath named Tate (Adam Baldwin). When Cohen does nothing to hide his distaste for his new partner, Travis begins to play them against each other in a psychological mind game with hopes a confrontation will lead to his freedom. Cohen & Tate is a road movie that has moments of humor surrounding a tightly wound and intense thriller. It’s the kind of well though out B-Movie that’s rarely made these days. 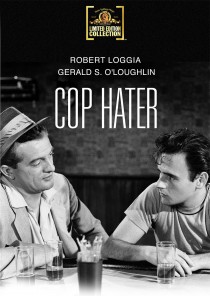 Cop Hater is an early Robert Loggia thriller featuring a group of detectives looking for the killer of a fellow cop. The crime scene gives the only clues. After the two patrolman parters are murdered from the same precinct a day apart, tension runs high as the police are clueless. Written by Evan Hunter using the name Ed McBain, the book was inspired by a television show he greatly admired, Dragnet. Imaginative filmmaking enhances this tale of summer violence in New York City. 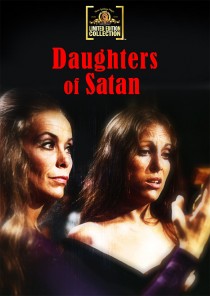 Daughters of Satan centers on an antiques dealer living in Manila who falls victim to an ancient Satanic curse, after his wife joins a cult. This fairly average, Manila-lensed occult thriller features Tom Selleck in his first starring role as an art collector whose latest find is a painting of three witches being burned at the stake… all of whom bear an uncanny resemblance to his wife and her two friends. Predictably, strange events begin shortly after the painting is installed in their home, and when a demonic canine begins snooping around the premises, Satanic signs appear, and people start dying. Selleck slowly becomes aware (much more slowly than the audience) that the resemblance in the picture is more than mere coincidence.