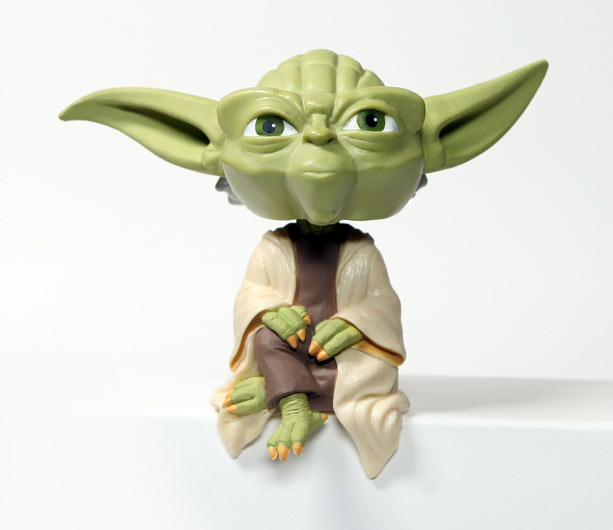 I’ll be running this contest through Friday, November 5, 2010.

Click on the image below to see a full-size view of what you’ll win. You can read a description below the image. 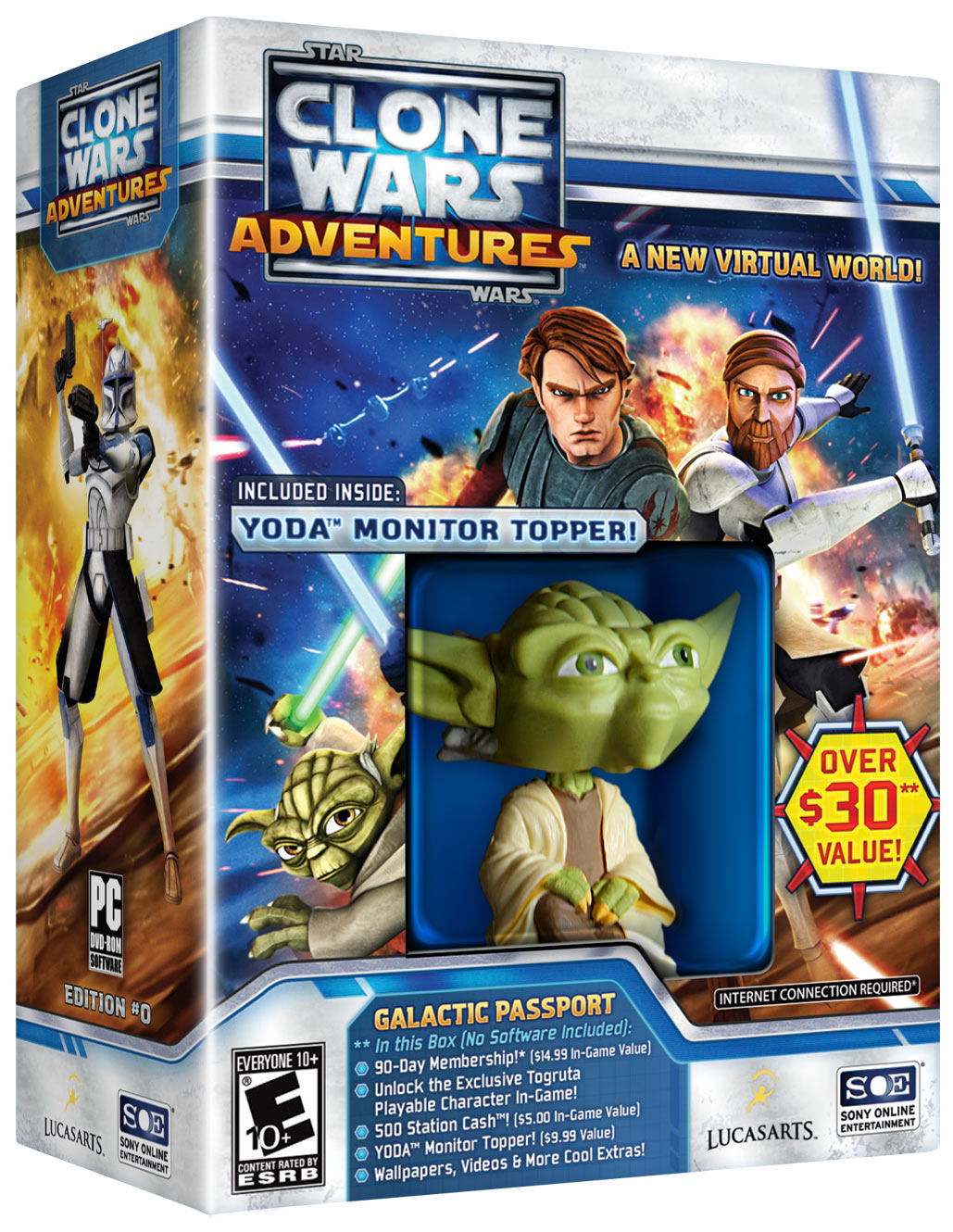 “With the launch of Clone Wars Adventures Galactic Passport at retail we are able to offer fans a mix of real-world and virtual world content to enjoy and enhance their gameplay,” said Sony’s John Smedley. “With the holiday season right around the corner, the Galactic Passport and Yoda bobblehead will make great stocking stuffers for Star Wars fans of all ages.” 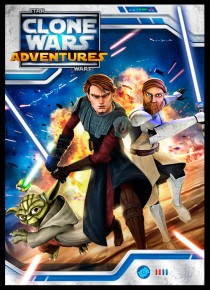 Later this month, Clone Wars Adventures $10 Station Cash cards will also be available at major North American retailers. Each major retailer will have an exclusive virtual item set for players to collect, Anakin Skywalker, Commander Cody or Captain Argyus (four total items in each set) with the purchase of their respective Station Cash cards. One item in the collection will be granted each time a new card is redeemed in-game. These cards will be the only way to gain access to these armor and wearable sets.

In Clone Wars Adventures, players become the next great hero of the Republic by creating their own personal avatar with thousands of customization options. As members of the Republic, they will speed through space in a Starfighter, take out waves of battle droids in Tower Defense, and test their brains with challenging Droid programming puzzles. Players can also purchase legendary Star Wars outfits, items and accessories through micro-transactions using Station Cash, SOE’s virtual currency.

Star Wars: Clone Wars Adventures, the ultimate virtual destination for a new generation of Star Wars fans, is rated E10+ for Everyone 10 and up, with content descriptors for Crude Humor and Fantasy Violence.

Check out more screenshots from Star Wars: Clone Wars Adventures below, and CLICK HERE to see even more scenes, along with character renders and gameplay.