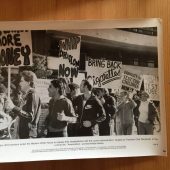 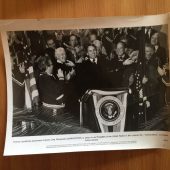 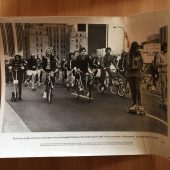 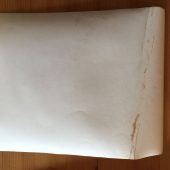 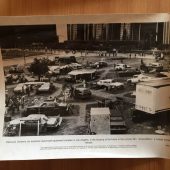 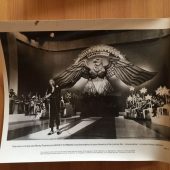 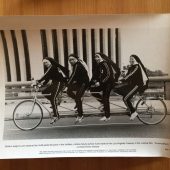 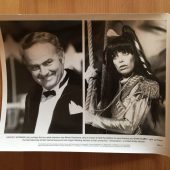 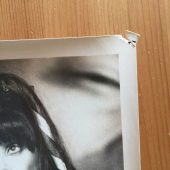 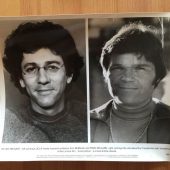 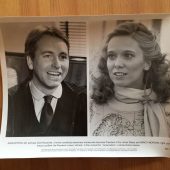 For sale is a set of nine (9) U.S. mini photo lobby cards from the 1971 comedy film Americathon, which stars John Ritter, Harvey Korman, Fred Willard, Chief Dan George, Tommy Lasorda, Howard Hesseman, Jay Leno and Allan Arbus. The set of photo cards are slightly warped from years of storage. A few of the cards have some water damage, corner dings, small tears and folds in the corners.

Americathon is a comedy told in narrative flashbacks, where a young TV consultant is hired by the President of a bankrupt America to organize a telethon in order to prevent the country from being repossessed by wealthy Native Americans.