Dutch: The First of a Trilogy. James Bernard Jr., a.k.a. Dutch (Lance Gross), has become the most dangerous criminal in New Jersey. From his early skill as a car thief, Dutch recognized the opportunity to rule the streets and he seized it. With both the protection and respect of the Mafia, Dutch becomes the most terrifying force on the streets. District Attorney Anthony Jacobs (James Hyde) is determined to take down Dutch and his crew, and he’s confident that his witnesses will testify against them. The film also stars Natasha Marc, Robert Costanzo, Jeremy Meeks and Macy Gray.

Dutch, directed by Preston A. Whitmore II, will be released on November 25th. 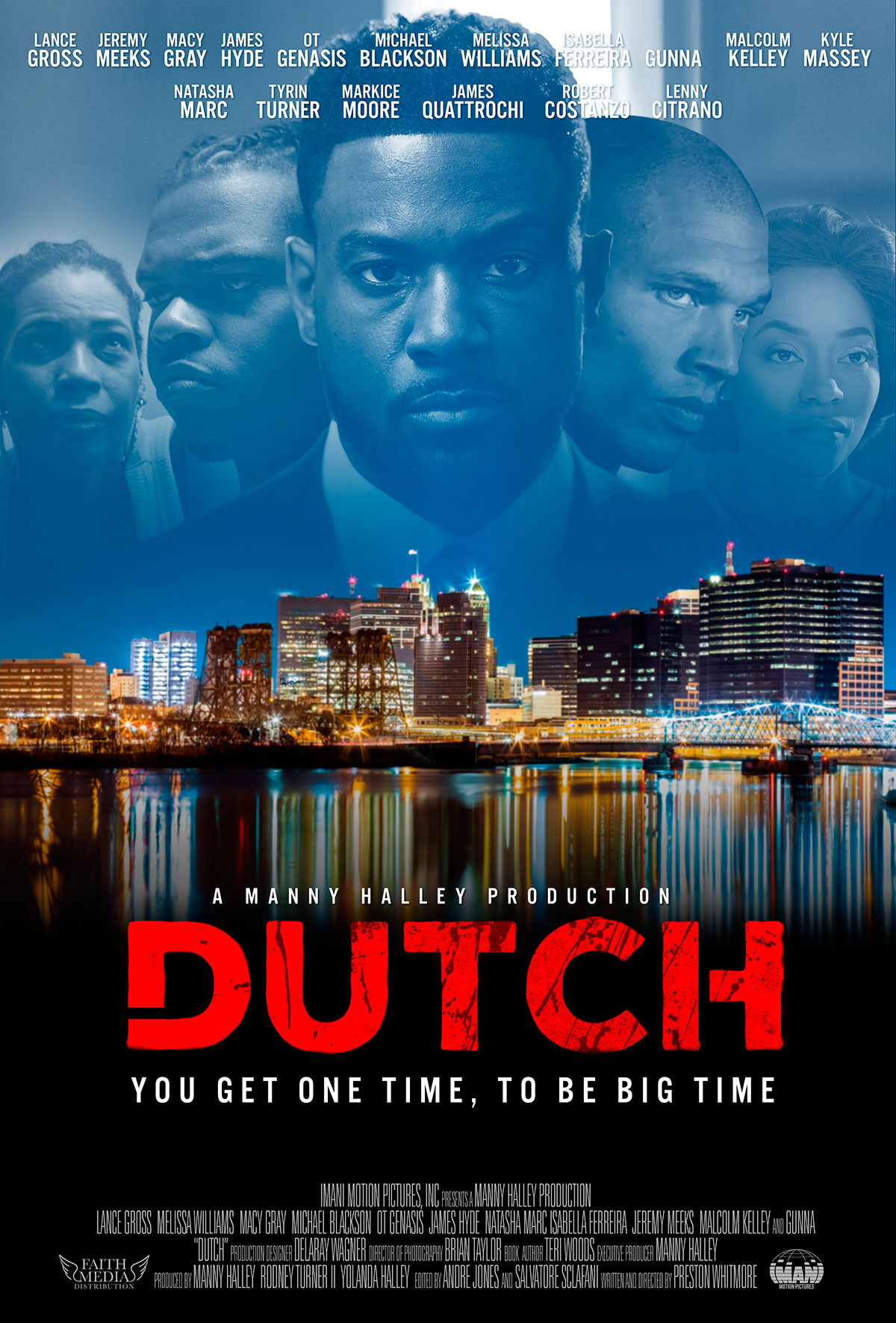