Paramount Pictures has revealed their Super Bowl spot for the Rupert Sanders-directed live-action adaptation of Ghost in the Shell.

Based on the internationally acclaimed sci-fi property, Ghost in the Shell follows Major, a special ops, one-of-a-kind human-cyborg hybrid, who leads the elite task force Section 9. Devoted to stopping the most dangerous criminals and extremists, Section 9 is faced with an enemy whose singular goal is to wipe out Hanka Robotic’s advancements in cyber technology.

Ghost in the Shell is due in theaters on March 31, 2017, starring Scarlett Johansson, “Beat” Takeshi Kitano, Pilou Absaek, Juliette Binoche and Michael Pitt.

Check out the Ghost in the Shell Super Bowl commercial spot, below.

Also, head over to the Ghost in the Shell Facebook page where producers are giving away the cool painted poster below. 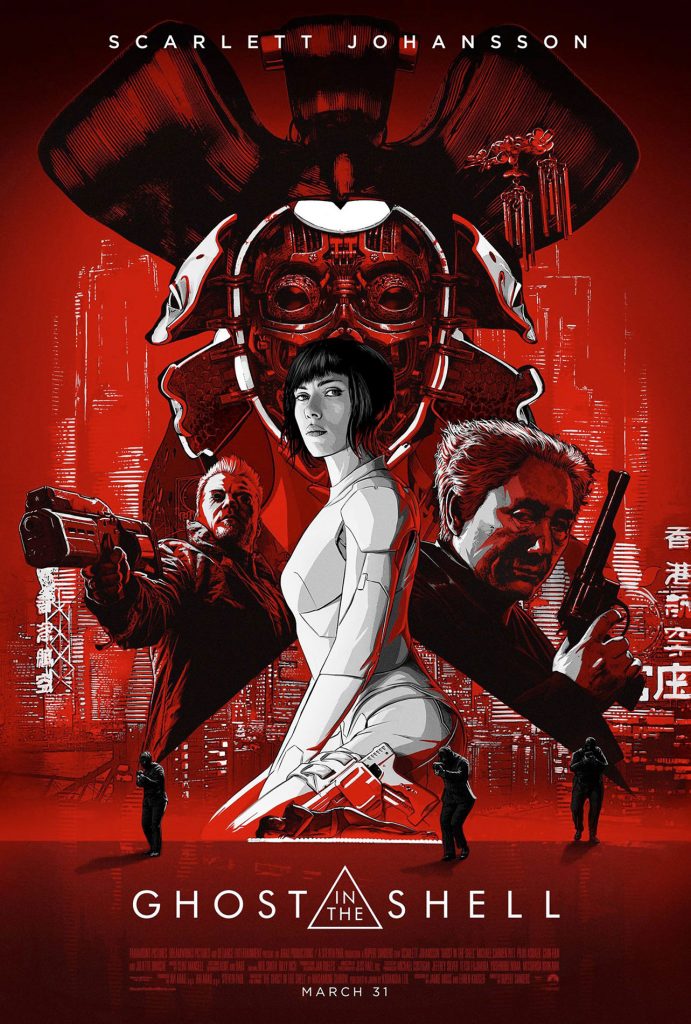