Dark Horse will heat things up at Toy Fair 2015 with the official reveal of their latest release in its growing line of figures based on characters from the hit HBO series Game of Thrones – Daenerys Targaryen and Drogon.

Daenerys Targaryen, the last noble of her house, is on a path to reclaim her destiny in Game of Thrones. She has emerged as one of the series’ best-loved characters. Dark Horse Deluxe has focused on an iconic moment of Daenerys and her dragon, Drogon, to create an elaborately detailed pre-painted limited-edition statue measuring 14” across and 18” from front to back.

“Our previous large-scale Game of Thrones statues sold out shortly after release, ” said Dark Horse’s David Scroggy. “We saw pieces like our 14” Iron Throne replica, and the Jon Snow & Ghost statue going out-of-print quickly, becoming hard to find at any price. We expect the Daenerys & Drogon statue to be just as popular and we’re very excited to unveil it at Toy Fair.”

The prototype will be revealed at the Dark Horse booth #4837, at Toy Fair 2015, which takes place from February 14th through the 17th at Jacob Javits Convention Center in New York City. The limited-edition quantity is still to be determined, but we should know more once Toy Fair kicks off.

Check out a couple of shots of the upcoming Daenerys and Drogon Limited Edition Figure from Dark Horse, below. 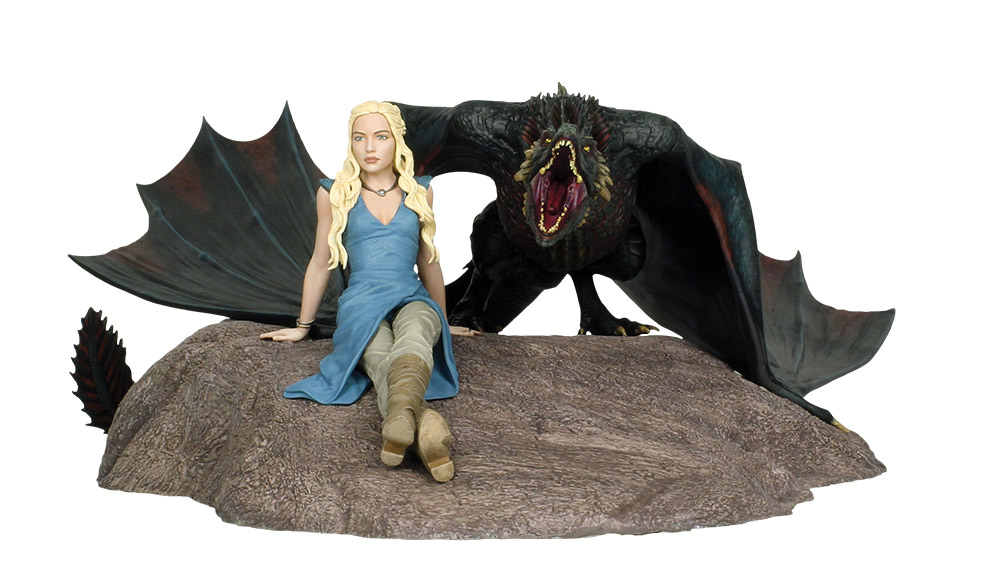