This is part 3 of our gallery from New York Comic-Con 2014. Among the hundreds of images included below are: costumes featuring “Sho’Nuff” from The Last Dragon, Marvel’s Blade, Fatima Derringer from the upcoming indie comic ‘Fatima and the Boy in Stripes,’ Wonder Woman, the Unknown Comic, Super Girl, along with a variety of other Marvel Comics, DC Comics & Japanese Anime characters. Some of the celebrity panels featured here include the cast of Fox’s Sleepy Hollow, who previewed as-yet-unseen clips from the show. Panelists included show producers Len Wiseman & Mark Goffman, along with cast members Orlando Jones, Lyndie Greenwood and Sakina Jaffrey. The panel for Fox’s Gotham included cast members Ben McKenzie, Donal Logue, Sean Pertwee, Erin Richards and Robin Lord Taylor. One of my favorite panels featured Ralph Macchio, Martin Kove and William Zabka from the film 1984’s The Karate Kid. The panelists were made a bit late because of traffic, but were encouraged by a Tweeted photo of fans imitating “Cobra Kai” and “Crane” martial arts stances.

You’ll also find photos from the 75th Anniversary of Batman panel, which featured legendary artists Neil Adams, Jim Lee and others, all discussing Batman’s rich history and what the future holds for the pop culture icon.

See more of my photos from this event on CNN at these links: 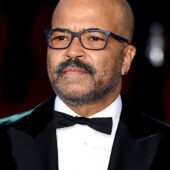