The action thriller Three the Hard Way was originally released on June 26, 1974. Major characters from the film included Jim Brown as Jimmy Lait, Fred Williamson as Jagger Daniels, and Jim Kelly as Mister Keyes. My favorite scene from Three the Hard Way happens when ‘Mister Keyes’ is stopped by local cops, who mistakenly attempt to frame him for drug possession. Mister Keyes says, “You gonna try and set me up!” The cops then proceed to get their asses handed to them in slow motion. Like most blaxploitation films, Three the Hard Way also has a brilliant soundtrack album. 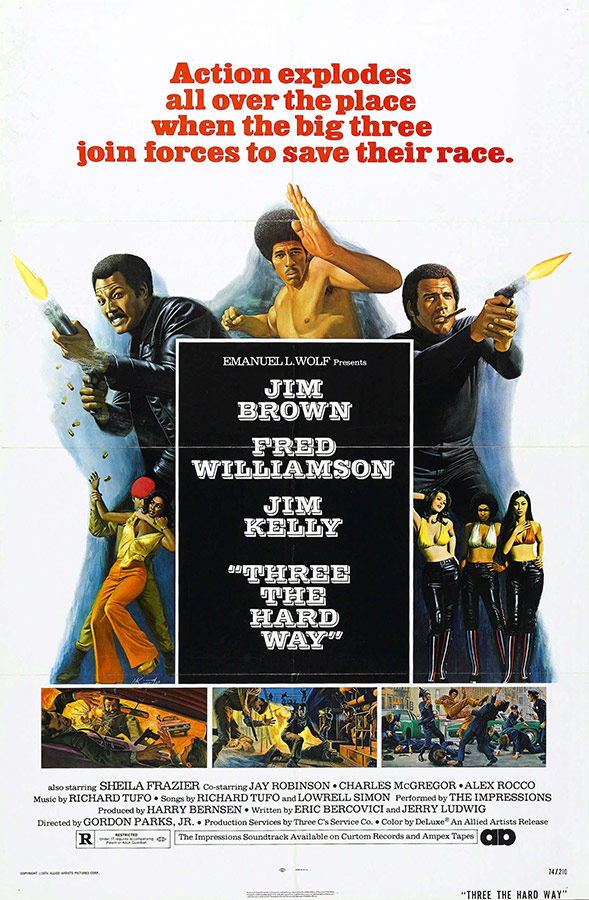 Find out more about Three the Hard Way Right Here.