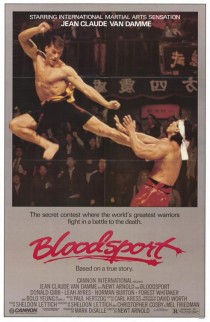 Variety reports that Relativity Media is prepping a re-boot of Jean-Claude Van Damme’s 1988 cult hit Bloodsport, with V for Vendetta director James McTeigue at the helm. According to the report, Relativity will produce the new Bloodsport with Edward R. Pressman, Chris Brown, Alberto Lensi, Australia-based Pictures in Paradise and Trans-American Films International. The new film has yet to be cast and will explore the life of 21st century mercenaries as they collide with the underground world of Brazilian Vale Tudo fighting.

The script was originally written by Robert Mark Kamen (Taken) and based on a story developed by Kamen and filmmaker Phillip Noyce. The screenplay will be rewritten by Craig Rosenberg, who will work directly with McTeigue, whose credits also include Ninja Assassin, The Raven and the upcoming The Survivor. Bloodsport will be shot in Australia and Rio de Janeiro beginning this fall.

Pressman, whose credits include Wall Street and The Crow, is also partnered with Relativity on a reinvention of The Crow with Javier Gutierrez attached to direct. He’s also working on the Joe Paterno biopic Happy Valley, to be directed by Brian De Palma and to star Al Pacino. 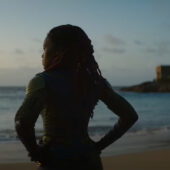