Artist Aaron Kai, an avid Bruce Lee fan, was nice enough to send me these images he took of the recently unveiled bronze statue of Bruce Lee. The memorial is the first of its kind in the U.S. to honor the iconic actor and martial artist. The statue was revealed a few weeks ago to a crowd of several hundred people in historic Central Plaza, located in the Los Angeles-area Chinatown. Bruce Lee’s daughter, Shannon, attended the unveiling.

The statue likeness was created by an artist in Guangzhou, China and the dedication came on the 40th anniversary of Lee’s passing – as well as the 75th anniversary of Chinatown. The event was part of an annual celebration called Chinatown Summer Nights. It was was donated by the Bruce Lee Foundation, the nonprofit organized by Lee’s family to honor his legacy. According to the THR report, the statue hasn’t yet been permanently installed. Local business leaders are aiming to raise $150,000 for seating and a concrete base.

Since these images were taken, the Los Angeles Bruce Lee statue has been temporarily placed in storage, until the necessary funds are raised for it’s permanent placement. 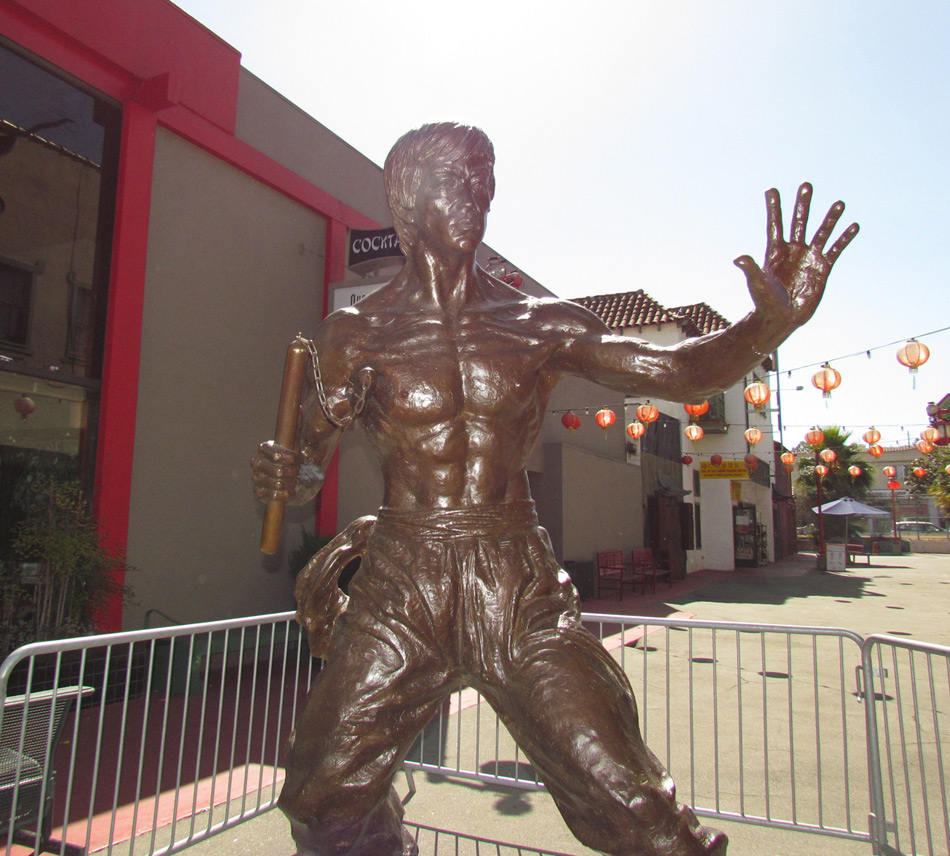 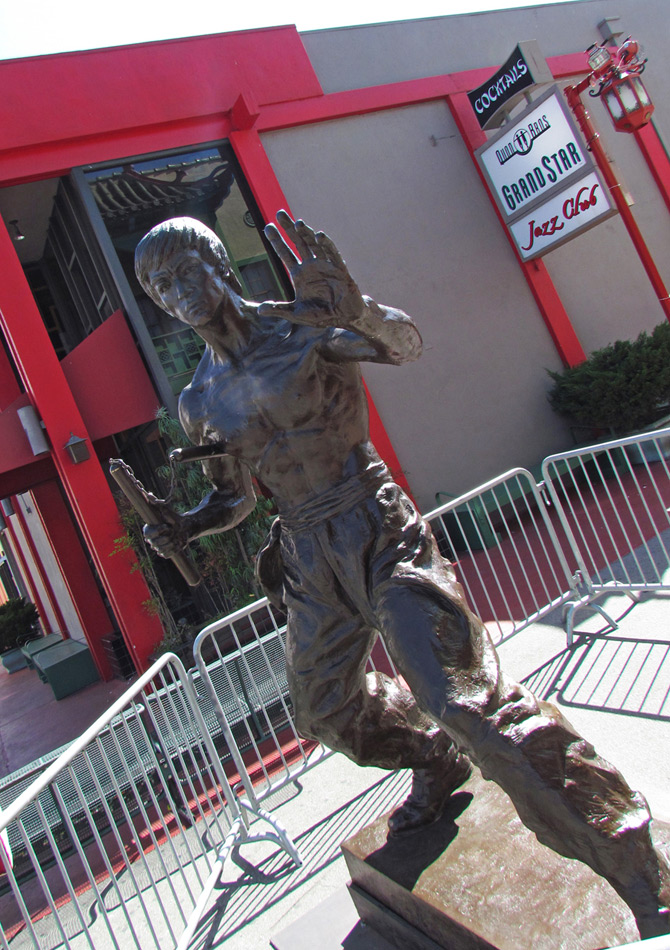 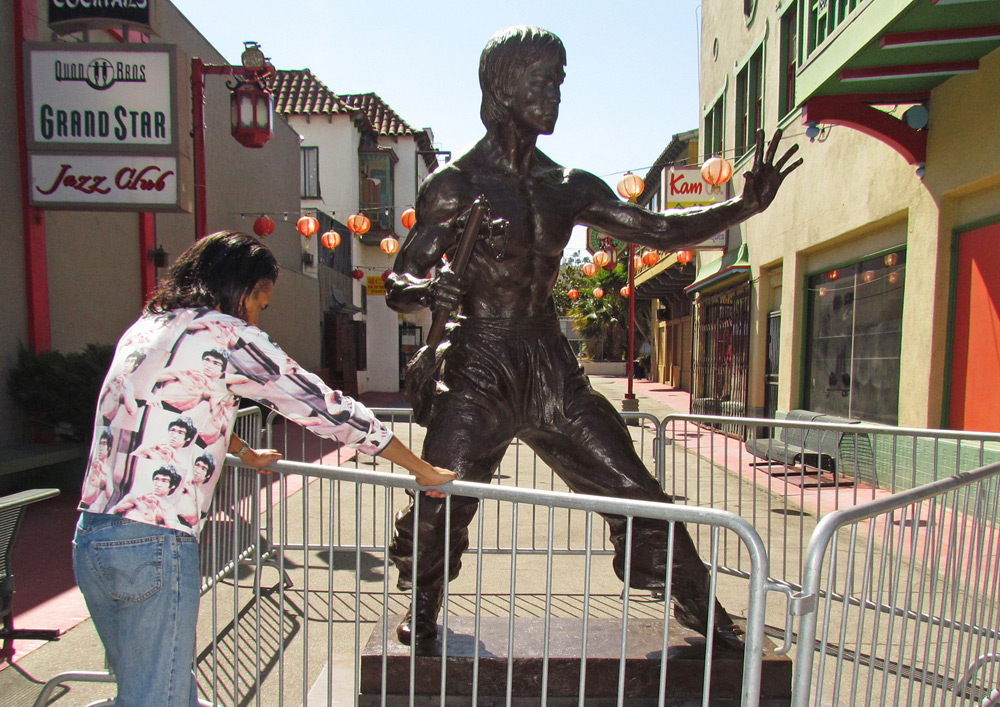 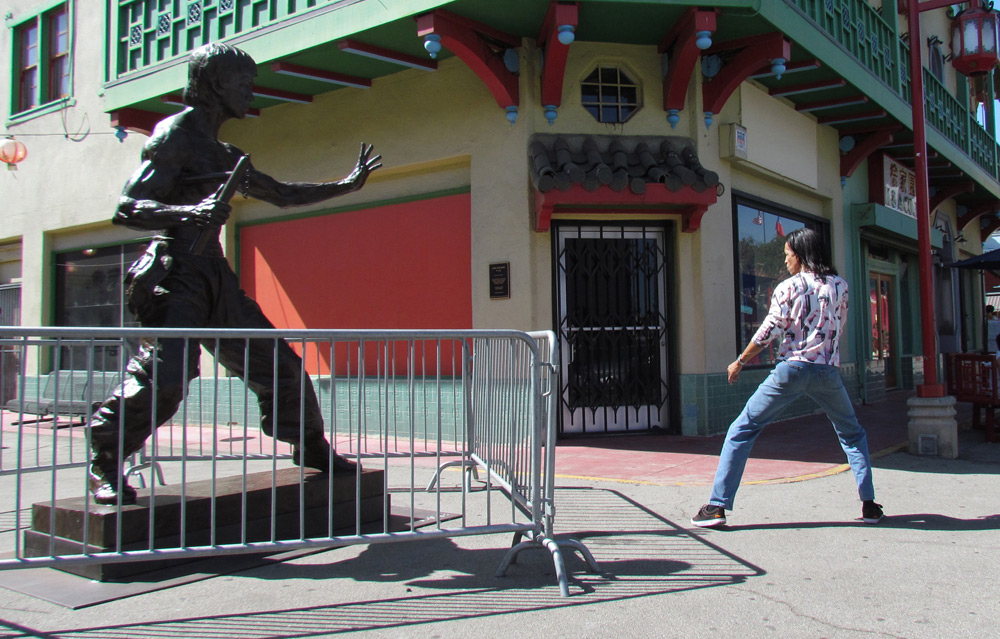