The campaign showcases videos from the creative team and cast members, including Brazilian jiu-jitsu master and Ultimate Fighting Championship trainer, John Machado, who sits on the action choreography team for JFH: Justice For Hire. Machado is also a cast member for the project. Additional cast and crew will be announced each week of the 30-day campaign.

JFH co-creator Jan Lucanus remarks, “The ‘JFH’ Kickstarter is about showcasing our vision for the project on a large scale, before our production partners put significant capital behind a feature film. The comics have gotten us attention for years, and the live action videos we’ve done in the past worked well for building our brand, but now it’s time for something bigger. With the help of Kickstarter supporters, we’re going to make a short film that looks and feels like a feature and show off several new martial arts camera techniques we’ve designed.”

JFH: Retribution Task Force will unite characters from across the JFH: Justice For Hire universe for a single cause: stopping the Rascal Gangs of Papua New Guinea. JFH co-writer and co-director Aurore Barry says the story of the short film is inspired by real-life accounts of violence against women committed by gangs in Port Moresby, Papua New Guinea.

Kickstarter rewards for backing the JFH: Retribution Task Force project range from a year’s supply of digital comic books to personal coaching sessions with any member of the action choreography team, or being a cast member, to having an executive producer credit, plus more.

Jan Lucanus, Aurore Barry and other members of the JFH: Justice For Hire team will attend San Diego Comic-Con next week for a panel at Ric Meyers’ Superhero Kung Fu Extravaganza, as well as have a presence at the Creative Impulse booth #2447.

In order to shoot JFH: Retribution Task Force, the filmmakers are looking to make use of a unique martial arts camerawork system they designed in-house called Weapon Camera Movement (WCM). According to their Kickstarter page, their cameramen and stunt team train together for scenes, and cameramen are put under specific intensive training to enable them to achieve unique shots that work with choreographed fights. In addition, every shot of a fight scene is meticulously planned within the philosophies of the WCM system. They say the result of using WCM, combined with an “ultra-realistic” style of action choreography, is a unique and visceral visual aesthetic. Below is a fight sequence called “JFH BRAWL,” which was originally shot as a low budget camera test for some of the WCM ideas.

Click Here to find out more about the JFH: Justice For Hire comic book film adaptation. 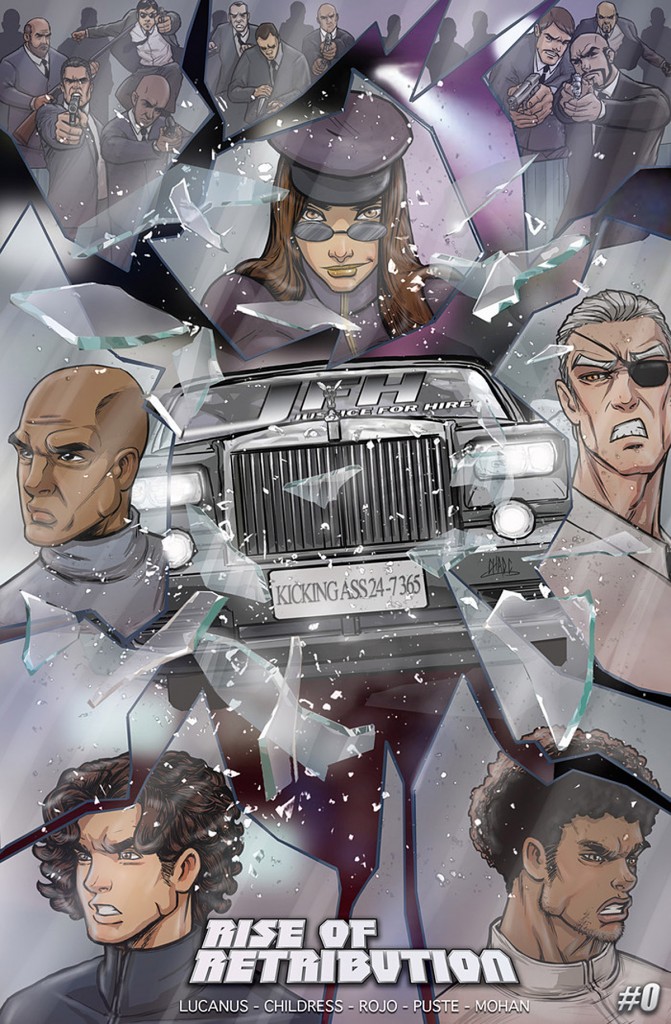