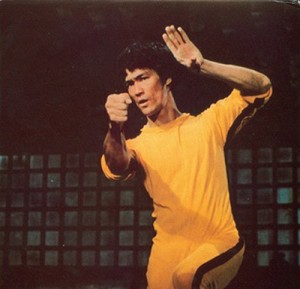 CNN reports that a new exhibition centered on Bruce Lee is about to open in Hong Kong, where Lee spent his childhood and became a martial arts film star. The exhibition is being launched to celebrate Bruce Lee and commemorate the 40th anniversary of his death. The exhibit, titled “Bruce Lee: Kung Fu. Art. Life” will open at the Hong Kong Heritage Museum on July 20th, exactly 40 years after his untimely death. It will run for a period of five years.

Lee died on July 20, 1973, at the age of 32, after suffering a reaction to pain medication, according to the Bruce Lee Foundation.

Exhibit curators have gathered more than 600 items related to Lee from various collectors and institutions, including more than 400 from the Bruce Lee Foundation – the largest number of artifacts the foundation has ever put out on loan. Among the rare artifacts are Bruce Lee’s iconic yellow tracksuit, footage from Lee’s eight classic films – including The Big Boss, Fists of Fury, The Way of the Dragon, Enter the Dragon and Game of Death, the first American magazine cover featuring the iconic movie star, and the notebook he kept featuring 108 different cha cha dance steps & sketches.

The exhibition will also recreate scenes from Lee’s movies, his personal gym & his study, and will also house a special collector series showcasing various items from around the world. The first collection features more than 100 items from U.S. collector Perry Lee, related to the TV series The Green Hornet, in which Lee starred as Kato. Local film art director Silver Cheung will be the art director for the exhibition.

The Federation of Hong Kong Filmmakers has also produced a 75-minute documentary especially for the exhibition, called The Brilliant Life of Bruce Lee, which will be screened in the museum during exhibit hours. Additionally, sculptor Chu Tat-shing has created a new 3.5-meter statue of Lee in his famous side-kicking pose and animation artist Shannon Ma will present a 3D hologram animation of Lee’s nunchaku moves and kicks.

The exhibition will run alongside other Bruce Lee programs organized by the museum, the first of which is themed “The Bruce Lee that Hong Kong knew.”
Bruce Lee’s daughter, Shannon Lee, will begin the program with a gallery talk.

Reservations, online or at the door, are required. Online reservations are available now on the Hong Kong Heritage Museum’s website at heritagemuseum.gov.hk.

Below are details on the exhibit hours and location, as well as a complete list of the special Bruce Lee programs scheduled to run in conjunction with the exhibit.

The Bruce Lee that Hong Kong Knew Series
In association with the exhibition ‘Bruce Lee: Kung Fu ‧ Art ‧ Life’
Bruce Lee was one of the world’s most famous martial artists and an action movie star who became an international icon. But before he gained fame and popularity, Bruce lived and grew up in Hong Kong, and that’s the theme that the Hong Kong Heritage Museum wants to explore. ‘The Bruce Lee that Hong Kong Knew’ is a series of dedicated activities that look at Bruce Lee and explore his life, career and achievements from a variety of perspectives – some completely original. Comprising lectures, sharing, interactive and demonstrations, the programs will lead Hong Kong citizens into the world of Bruce Lee. program enrolment starts from 5 July 2013.

This program will be conducted in English with Cantonese interpretation.
Whenever someone mentions a film like The Big Boss, Fist of Fury or The Way of the Dragon, you can’t help but miss our martial arts star Bruce Lee. To coincide with the opening of the exhibition on Bruce Lee, the Hong Kong Heritage Museum has invited his daughter Shannon to come and talk about Bruce, her memory of his prolific life and his enduring legacy.

Sharing Session on the ‘Bruce Lee and The Green Hornet’ Collection

This program will be conducted in English with Cantonese interpretation.
In 1966, Bruce Lee starred in the TV series The Green Hornet as Kato, the hero’s kung fu kicking assistant. With his extraordinary martial arts skills, he won the hearts of American viewers and actually enjoyed even greater popularity than the main character. His role set him on the path to status as a kung fu superstar. Our speaker will introduce to the audience his personal collection of memorabilia from The Green Hornet, including Bruce Lee’s martial arts training equipment, photos of the star in his role as Kato as well as the first cover of Black Belt Magazine on which he appeared.

‘Bruce Lee and His Martial Way’ Interactive Lecture and Demonstration

Bruce Lee started out with practical street-fighting skills, but he later drew on the traditional Chinese martial art of Wing Chun as well as Western boxing and fencing techniques to create his own system, which he named Jeet Kune Do. A student of Bruce Lee’s seniors and disciples – including Hong Kong Wing Chun master Wong Shun Leung, Jun Fan master Taky Kimura and Jeet Kune Do master Ted Wong – the speaker in this seminar examines the theories of these three systems and outlines the relationship between them through a demonstration of the martial arts.

The admiration of Bruce Lee’s fans was not just for the legend, but also for his personal charm. The host of this session will choose five of the exhibits and recount the stories that connect them with Bruce’s life and experience to allow the audience to get to know the man behind the icon.

‘Bruce Lee – A Hero Who Grew Up in Hong Kong’ Forum

This forum will be conducted in English.
Bruce Lee was an internationally renowned Chinese martial arts star who was born in San Francisco’s Chinatown. But he spent his childhood in Hong Kong and starred in numerous Hong Kong films. Himself a filmmaker, the host of this forum will apply his own experience and insights to introduce Bruce’s life and career and also explore, from the perspective of Hong Kong’s film industry and by means of some invaluable video footage, how Bruce’s movies became recognized as the pinnacle of Chinese action films.

Lecture – ‘Bruce Lee’s Film Career as a Set of Nunchaku’

Bruce Lee appeared as two distinct personalities in his Hong Kong films, first as a gifted child actor and later as a kung fu superstar, and the image he presented and the performances he produced in these separate phases were so different that they could be two entirely different people. If Bruce’s career were a pair of nunchaku, these two periods would be the ‘sticks’, and they would be connected by his brief experience in the U.S. film industry as the chain connecting and endowing them with life. This lecture reviews the distinguishing features of the different stages of Bruce Lee’s film career and the achievements he recorded in each.