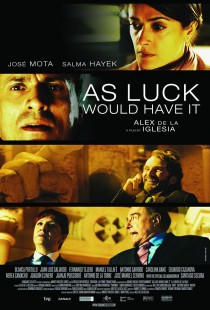 To celebrate the release of As Luck Would Have It on DVD, Film Fetish is giving away 2 copies to readers. In order to have a chance to win a free copy of the film on DVD:

“Like” this posting using the Facebook link above, PLUS make sure you’ve “Liked” our Facebook page at Facebook.com/filmfetish. Lastly, post the names of 3 of your favorite comedy films from the 1980’s on our Timeline and make sure to mention “I just entered the As Luck Would Have It Contest!”. Your entries will not be accepted if you do not follow these instructions and please note that we check profiles to assure fairness. So please do not create multiple profiles or “contest” profiles in order to enter. We want real fans to enjoy our giveaways!

More about As Luck Would Have It

Roberto (famed Spanish comic Jose Mota) once had a promising career in advertising. Now out of work because of the economic downturn, he struggles to keep his family afloat and their dire situation a secret from his adoring wife Luisa (Salma Hayek, Frida, Savages). After yet another dead-end interview, Roberto’s chances for a promising future seem slim – until a freak accident places him at the center of a wild media storm. Realizing his opportunity, Roberto hires a brazen agent to help him leverage his newfound fame into fortune, but Luisa begins to worry about the lengths Roberto will go to for his family’s security. Equal parts skewering social satire and deeply felt drama, cult director Alex de la Iglesia’s As Luck Would Have It is a wild riff on the modern world that “should be seen for how black comedy can be done outside the U.S.” (Joe Neumaier, New York Daily News). The IFC Films theatrical release “allows Alex de la Iglesia [The Last Circus]to display a newfound maturity and restraint” (Ruben Rosario, Miami Herald). 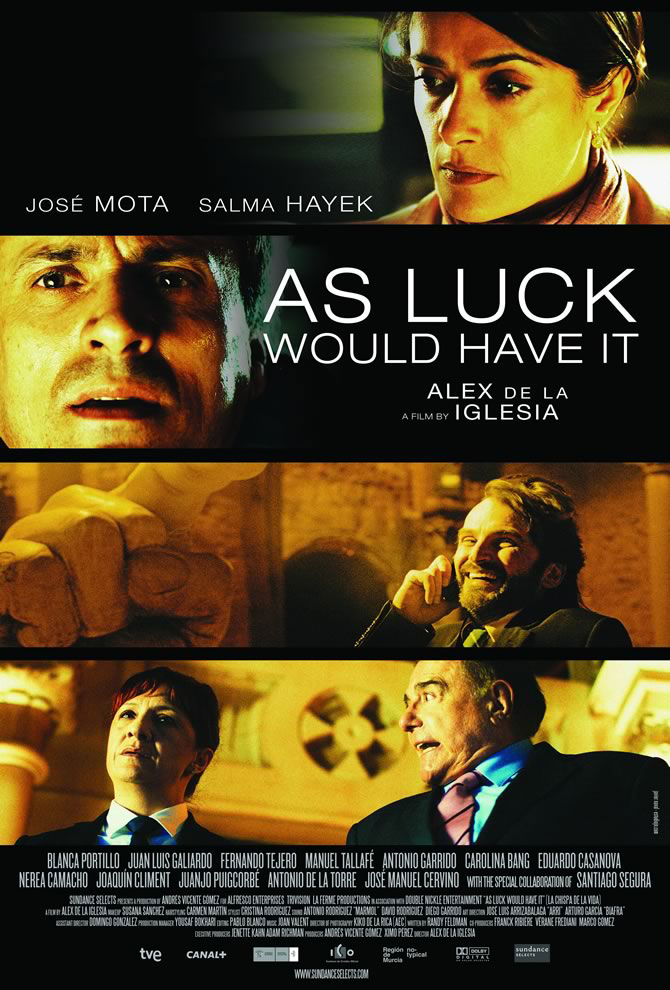