Spy Kids star Alexa Vega is all grown up. She’s also turning heads with this first official from Robert Rodriguez’s upcoming Machete Kills, the sequel to Mexploitation cult action flick Machete. Vega plays the very non-childlike character KillJoy in Rodriguez’s sequel, the bodyguard of a whorehouse, presumbly the one presided over by Sofia Vergara’s Madame Desdemona. No release date has been set for Machete Kills, but Open Road will unleash the film sometime next year.

In the film, the U.S. government (the President is rumored to be Charlie Sheen) recruits Machete to battle his way through Mexico in order to take down an arms dealer who looks to launch a weapon into space.

Check out the all grown up Alexa Vega, below. 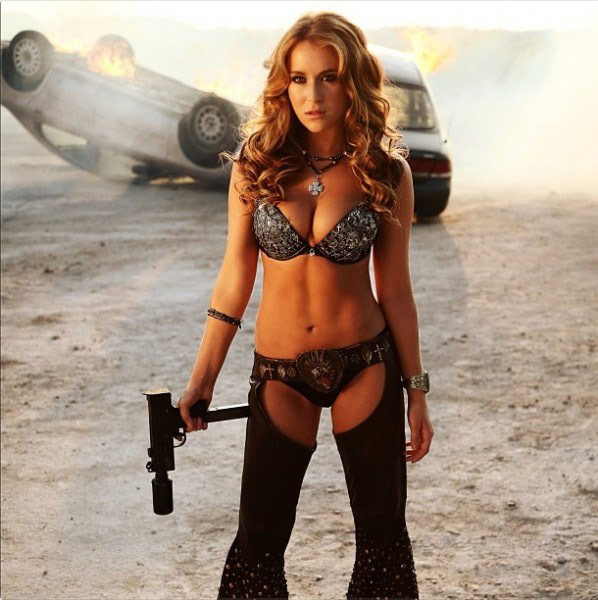