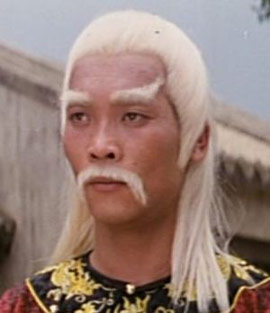 I was on a kung fu film forum earlier and read about a documentary coming out about cult martial arts cinema actor Hwang Jang Lee. Apparently, the filmmakers are currently editing the project, which is expected to be released on December 15, 2012. The project, titled The Good Bad Boy, tells the story of Hwang Jang Lee, and is being produced by Lee, Fabien Latouille and Sandrine Latouille.

Known as the ultimate boot master, because of his powerful and deadly kicks both on and off screen, Hwang Jang Lee has a reputation as the Lord of the Superkickers. He was born in Japan, but his family moved back to their native Korea when Hwang was young, where he began studying the national martial art of Tae Kwon Do. After mastering Tae Kwon Do, and training the Korean Army, Hwang began getting bit roles in film until, in 1976, Ng See-Yuen, the founder of Seasonal Films, hired Hwang to play the villain Silver Fox in The Secret Rivals, where he goes toe to toe with Chinese super-kicker John Liu. Hwang went on to establish himself as the best on screen kicker anyone has seen. He even famously played the villain in the two films that boosted Jackie Chan’s career – Snake in the Eagle’s Shadow and Drunken Master.

Below is a rough trailer for The Good Bad Boy, along with a list of Hwang Jang Lee’s major film credits.