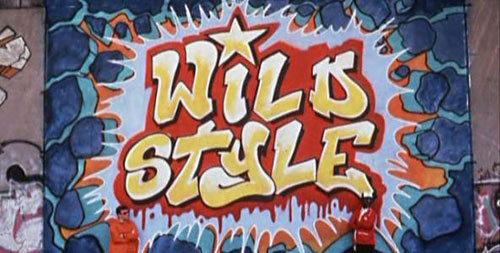 Co-sponsored by NYU and the City of New York Department of Parks and Recreation, the IFC program Movies on the Square: All Singing! All Dancing! All New York! brings New York musicals to the newly renovated Washington Square Park on September 25th and 26th. The series celebrates the reopening of the Park with landmark films spotlighting New York City and its music during two different eras.

Tomorrow the 1979 Milos Forman cult classic Hair, Forman’s film adaptation of the landmark counter-culture musical (currently in revival on Broadway), will screen. Hair includes some of the greatest songs of the ’60s. Rooted in New York locales, the film even name-checks IFC Center’s precursor “The Waverly” in the lyrics of one ballad.

Director Charlie Ahearn will be appearing in person for a screening of his 1983 cult classic Wild Style. The tale of a graffiti artist (‘Lee’ George Quinones as Raymond ‘Zoro’) about to break into the big time, Wild Style captures New York at the dawn of hip-hop, with breakdancing, freestyle MCing, legends like Fab 5 Freddy and Grandmaster Flash, and a once-in-a-lifetime old-school show in East River Park.

Films in the Movies on the Square: All Singing! All Dancing! All New York! series are free and open to the public. Screenings take place on the large lawn in the northwest corner of the park and begin just after sunset. In case of rain, the screenings will be rescheduled on dates to be announced.

Get more information on Movies on the Square: All Singing! All Dancing! All New York RIGHT HERE.