This is a quote from Ali about his training with Grand Master Rhee.

“Mr. Rhee taught me Tae Kwon Do Accu-Punch; it is so fast, you can hardly see it.”
– Muhammad Ali

Rhee also had a very brief film career, having starred in the 1973 film When Taekwondo Strikes (Tai quan zhen jiu zhou), which was also known as Sting of the Dragon Masters or Taekwondo Heroes. The film – which marked Jhoon Rhee’s only starring role in a commercial martial arts movie – was written and directed by Feng Huang and produced by Golden Harvest’s Raymond Chow, who also produced Enter the Dragon. When Taekwondo Strikes features experienced and well known martial artists, including Rhee, Angela Mao & Sammo Hung (both whom appeared in Enter the Dragon), Wong In Sik, Carter Wong, Kenji Kazama, Biao Yuen and Golden Harvest producer Andre Morgan. 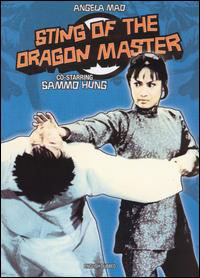 The story is about the Japanese occupation of Korea during World War II, and centers on a Korean patriot played by Carter Wong, who gets into a fight with some Japanese people and is chased into a church, where the church’s priest is soon captured and tortured. Trying to secure his release, the leader of the resistance, Jhoon Rhee, is himself captured and tortured by the Japanese. Carter Wong, Angela Mao and Ann Winton have to now try and rescue him, leading to an explosive climax with the heroes having to fight the likes of Wong In Sik (Hwang In-Shik), Sammo Hung and Kenji Kazama.