E One Entertainment just released Lord of the Dance, featuring the return of Michael Flatley to the role that made him famous. This special set will be available exclusively at Best Buy. To celebrate the release, FilmFetish is giving away 3 copies of the Lord of the Dance DVD/CD set.

In order to be entered into the Lord of the Dance DVD/CD set random drawing, simply:

More about Michael Flatley Returns as Lord of the Dance

Since its premiere, Lord of the Dance has been captivating audiences and critics around the globe and has grossed over one billion dollars worldwide. Now, as the Lord of the Dance tour returns to over 45 U.S. cities in 2011, fans will have a once-in-a-lifetime opportunity, when the internationally lauded Lord of the Dance – the highest-grossing tour in the history of entertainment – and its creator, producer, director, and star, Michael Flatley (returning for the first time in 13 years!), brings his vision to home audiences, giving the viewer an unparalleled sense of the scale of the show as never seen before!

Described by the Los Angeles Times as a “show piece extravaganza,” Michael Flatley’s Lord of the Dance is a magical adventure of sight and sound that transports its audience to a mythical time and place, lifting the spirits and capturing the hearts of all who experience it.

Based on Irish folklore, this classic tale of Good vs. Evil, expressed through the universal language of dance, has thrilled audience’s worldwide and catapulted Irish dance to a new dimension and unprecedented worldwide acclaim.

From the moment the lights go down to the last encore, audiences are spellbound by a masterfully orchestrated combination of precision dancing, state of the art lighting and pyrotechnics. The 2011 nationwide theatrical release, called “truly jaw-dropping” has also been shot in stunning hi-def, delivering Flatley’s masterful spectacle in singular fashion. 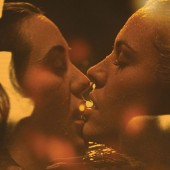