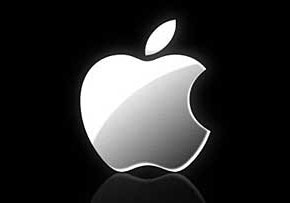 Looks like I’ll have a brand new version of Final Cut Pro to cut my documentary on this summer.

Apple isn’t exhibiting at the NAB (National Association of Broadcasters) conference in Las Vegas this year, but the company did stop by a NAB Final Cut Pro meet-up last night to unveil the upcoming version of the stalwart editing program, now called Final Cut Pro X, according to OnlineVideo.

The upcoming version includes a number of improvements, such as instant background rendering, as well as the ability to edit footage while importing. It’s also 64-bit and completely rebuilt.

Some features, however, signal that Final Cut Pro X is targeting at a less sophisticated audience, including an interface similar to iMovie, people detection, the ability to skim a clip by moving a mouse over it, and auto image stabilization.

The biggest indication that Apple is aiming at non-professionals is the price. Final Cut Pro X will retail for $299 in the App Store, beginning in June. It will replace Final Cut Pro Express and integrate Soundtrack and Color, which were part of Final Cut Pro Studio. According to the report, it’s likely that there won’t be a Final Cut Pro Studio after the new version’s June release.