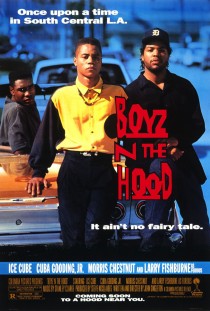 Turner Classic Movies will open the 7th annual TCM Classic Film Festival on April 28th with a 40th Anniversary screening of Robert Redford and Dustin Hoffman’s 1976 political thriller All The President’s Men. The festival, set to take place April 28 – May 1 in Hollywood, will also include tributes to the following screen legends:

This year’s festival will include appearances by:

All the President’s Men (1976)
Producer and star Robert Redford helped change the face of newspaper movies when he teamed with Dustin Hoffman for this tense political thriller about Washington Post reporters Bob Woodward and Carl Bernstein’s investigation of the Watergate break-in, a story that led to President Richard Nixon’s resignation. Presented in a 40th anniversary screening in collaboration with Warner Bros. Classics.

Dead Men Don’t Wear Plaid (1982) – Featuring an appearance by Carl Reiner
This masterful cinematic treat, created by director-writer Carl Reiner, intercuts scenes with Steve Martin as a private eye investigating the murder of the world’s leading cheese scientist, with classic films from the 1940s, casting him opposite such legends as Ingrid Bergman, James Cagney and Burt Lancaster. Presented in collaboration with Universal Pictures Home Entertainment.

M*A*S*H (1979) – Featuring an appearance by Elliott Gould
Director Robert Altman gave the war film a new look with this anarchic comedy about a mobile surgical unit during the Korean War where surgeons Donald Sutherland and Elliott Gould—in a Golden Globe nominated performance — spend almost as much time playing pranks on each other as they do saving lives. Presented in collaboration with Twentieth Century-Fox.

The Long Goodbye (1973) – Featuring an appearance by Elliott Gould
With Elliott Gould as Phillip Marlowe, director Robert Altman turns Raymond Chandler’s novel into a dreamlike riff on film noir—with the private eye trying to help a friend while searching for a missing novelist, only to land in more trouble than he can handle. Presented in collaboration with MGM/United Artists and Park Circus LLC.

The Russians Are Coming The Russians Are Coming (1966) – Featuring an appearance by Eva Marie Saint
The Cold War goes from bad to mirth in this political comedy directed by Norman Jewison about a New England town sent into a tizzy when a Russian sub runs aground on a nearby sandbar. The large cast includes Eva Marie Saint, Alan Arkin, Carl Reiner and Brian Keith. Presented in collaboration with MGM/United Artists and Park Circus LLC.

Boyz N The Hood (1991) – Featuring an appearance by John Singleton
This semi-autobiographical tale of a young man (Cuba Gooding, Jr.) growing up in South Central L.A. who gets caught up in the area’s gang life marked the feature writing and directing debut of John Singleton, the first African-American nominated for a Best Directing Oscar, shown in a US premiere restoration in collaboration with Rialto Pictures.

Fat City (1972) – Featuring an appearance by Stacy Keach
Director John Huston’s gritty yet affectionate look at the world of small-time boxing, with Stacy Keach as a down-and-out slugger and Jeff Bridges as a young up-and-comer, both moving gracefully through a world of seedy gyms and flop houses, presented in collaboration with Sony Pictures.

Band Of Outsiders (1964) – Featuring an appearance by Anna Karina
With its story of a bored student (Anna Karina) who gets involved with small-time crooks (Jean-Claude Brialy and Sami Frey), this dreamlike riff on gangster films by director Jean-Luc Godard is also a love letter to Paris, transporting the American crime figures to a Parisian world of cafes and landmarks. Shown in a US premiere restoration in collaboration with Rialto Pictures.

Holiday in Spain aka Scent of Mystery (1960)
This combination mystery-travelogue, about a British mystery writer trying to protect an American heiress from murderers, features offbeat comedy, beautiful shots of Spain and, in this special North American premiere of the presentation at the Cinerama Dome, the return of Smell-O-Vision. Presented in collaboration withCinerama Inc., Redwind Productions, Scented Storytelling, Scent Events and the Institute for Art and Olfaction, presentation at ArcLight Cinemas’ Cinerama Dome.

The Freshman (1925) – Featuring music by DJ Thomas Golubić with Suzanne Lloyd in attendance
Music Supervisor Thomas Golubić presents a live DJ re-score for master comedian Harold Lloyd’s biggest hit: the story of a college freshman so eager to please he makes a fool of himself and threatens to blow the big game, presented in collaboration with Harold Lloyd Entertainment.

For the seventh consecutive year, thousands of movie lovers from around the globe will descend upon Hollywood for the TCM Classic Film Festival. The 2016 festival is set to take place Thursday, April 28 – Sunday, May 1, 2016. Over four packed days and nights, attendees will be treated to an extensive lineup of great movies, appearances by legendary stars and filmmakers, fascinating presentations and panel discussions, special events and more.

TCM host and film historian Robert Osborne will once again serve as official host of the TCM Classic Film Festival, with TCM’s Ben Mankiewicz introducing various events. The festival’s official hotel and central gathering point for the sixth consecutive year will be The Hollywood Roosevelt Hotel, which has a longstanding role in movie history and was the site of the first Academy Awards® ceremony. The Hollywood Roosevelt Hotel will also offer special rates for festival attendees. Screenings and events during the festival will be held at the TCL Chinese Theatre IMAX, the TCL Chinese 6 Theatres and the Egyptian Theatre, as well as other Hollywood venues.

The magic of movies isn’t just motion, it’s emotion. As we watch cinematic stories play out, they feel like our own. In 2016, the TCM Classic Film Festival explores MOVING PICTURES—the ones that bring us to tears, rouse us to action, inspire us, even project us to a higher plane. In the heart of historic Hollywood we’ll gather to share the big-time emotions of big screen stories, from coming-of-age pictures to terminal tearjerkers, from powerful sports dramas we feel in our bones to religious epics that elevate our spirits. These are the films that that set our love of cinema in motion.