Radius and CNN Films have revealed details of the stunning campus rape exposé, The Hunting Ground.

From the team behind The Invisible War, comes a startling exposé of rape crimes on U.S. campuses, institutional cover-ups and the brutal social toll on victims and their families. Weaving together verité footage and first-person testimonies, the film follows survivors as they pursue their education while fighting for justice — despite harsh retaliation, harassment and pushback at every level.

The Hunting Ground had its World Premiere yesterday, January 23rd at the Sundance Film Festival and will be released in theaters on March 20th.

Check out the poster and trailer for The Hunting Ground, below. 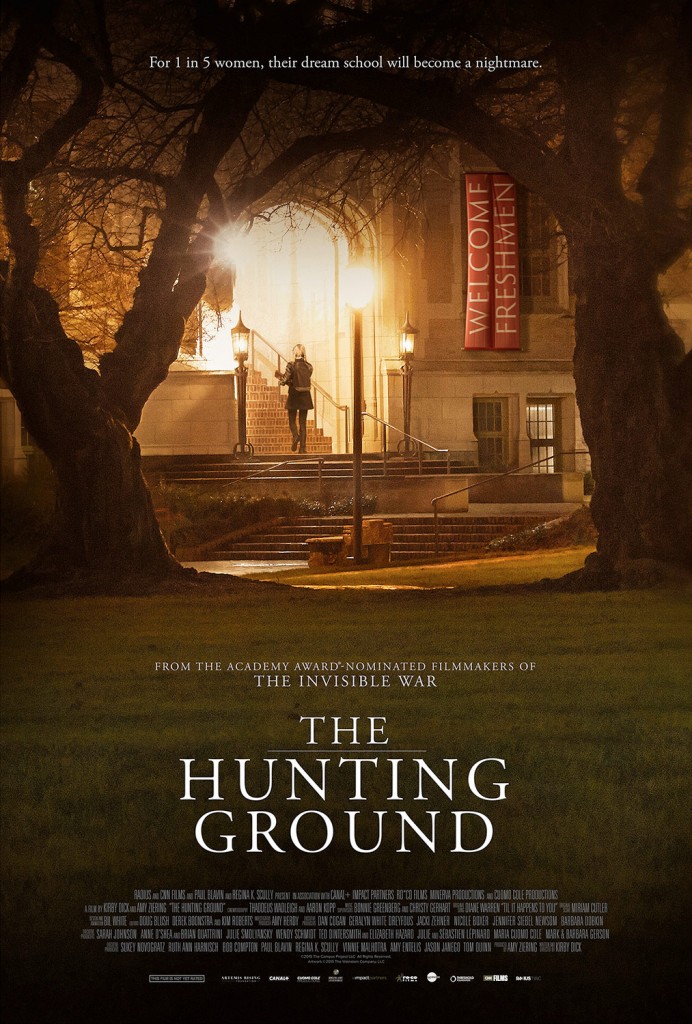